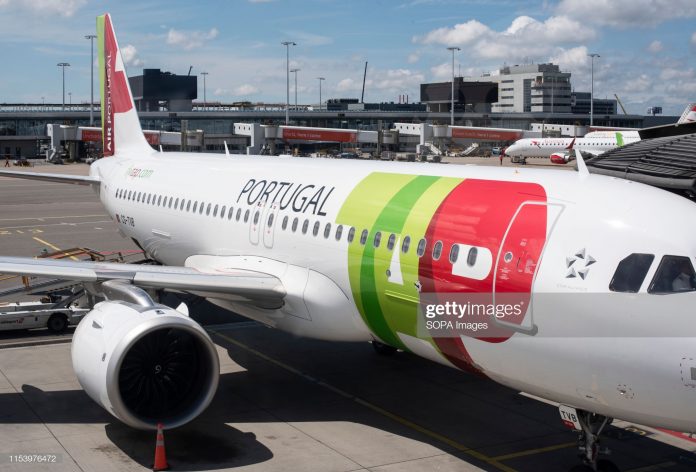 CARACAS, Venezuela, Tues. Feb. 18, 2020 (Reuters) – Venezuela said on Monday it would suspend TAP Air Portugal flights into and out of the country for 90 days, accusing the carrier of allowing opposition leader Juan Guaido’s uncle to bring explosives onto a flight to Caracas last week.

Announcing the measure on Twitter, Vice President Delcy Rodriguez left open the possibility of applying fines and other measures in the future.

“Venezuela must be respected,” Rodriguez said.

Guaido returned to Venezuela’s main airport on a TAP flight last Tuesday after a three-week international tour aimed at drumming up support for his campaign to oust socialist President Nicolas Maduro, who has overseen an economic collapse and is accused of corruption and human rights violations.

Authorities then detained Guaido’s uncle, who was traveling with him on the flight from Portugal, accusing him of bringing explosive material into the country. Guaido, who is recognized as Venezuela’s legitimate president by more than 50 countries, dismissed those allegations as baseless.

TAP said in a statement on Monday it complied with all legal and safety requirements by authorities in both Portugal and Venezuela, and did not understand the reasons for the suspension.

“This is a serious measure which harms our passengers, without the company even having been given a chance to counter the accusation,” TAP said.

Portugal’s government said last Friday it would open an investigation into the incident in light of Venezuela’s accusations.

Maduro calls Guaido, who presides over the opposition-held National Assembly, a U.S.-backed puppet seeking to oust him in a coup. His government had placed a travel ban on Guaido, which the opposition leader violated in January by traveling secretly to Colombia.