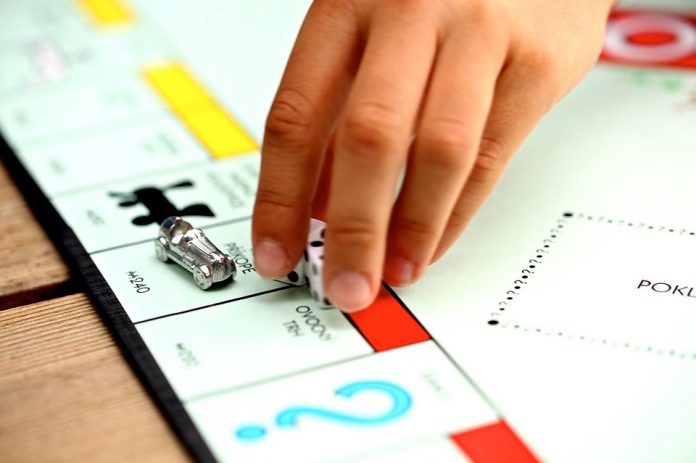 News Americas, NEW YORK, NY, Fri. April 24, 2020: With so many of us quarantined at home and trying our best to cope in the COID-19 era, games are something that should be revisited as a family.

Playing games are fun, whether it’s a family board game night or playing against friends and strangers online. There are plenty of benefits to game playing, and no matter your games of choice, here are some of the mental, physical, and social benefits of game playing that might surprise you.

It has been proven in multiple studies that play is a vital part of a child’s brain development. That’s why so much priority is placed on gamification in the early year’s classroom. For young and old alike, playing the right games can be a fun and exciting way to learn new math skills, languages, and English. From learning some new decision-making skills to improving communication, if you’re not playing games, then you might just not be learning anything new.

Living with a chronic pain condition affects almost every area of your life, and can lead to a wide variety of long-term issues that can be hard to recover from. Even if your condition is treated, the aftermath of living with chronic pain is often just as debilitating as the condition itself. That’s where games come in. While there are obvious reasons why playing games might help with pain relief (the distraction being the most useful), additional research is showing that the latest technologies are taking games and pain management to a whole new level. Virtual Reality games are now being used to treat patients suffering from chronic pain and could be the next step in pain relief without medication.

There’s a misconception that playing games, especially online and video games, is a solitary activity that can lead to isolation and loneliness. That couldn’t be further from the truth. Multiplayer games that allow friends to connect no matter where they are in the world has transformed the social side of playing more high-tech games. While the social element of playing Trivial Pursuit with the family can’t be denied, neither can playing the latest console release with the group of friends that you met online. There’s nothing quite like getting comfortable, sitting back to play poker online, and beating your friends with a stunning Royal Flush that they didn’t see coming.

Games are fun. Whether you’re playing cards, chess, or something more physical, the positive effects of play are hard to dispute. Video games may have encountered some critics over the years, and been blamed for everything from falling literacy rates to increased levels of violence, but the fact is that playing games of all kinds can positively boost your mood. A 1998 study showed that when playing games, the brain releases similar amounts of dopamine as amphetamine injections. Dopamine is also referred to as the ‘happy chemical,’ so it’s no surprise that when we participate in activities that release that dopamine burst, our mood can dramatically improve. If you want to feel happier, then it might be time to get the dice ready.

It might not be the fountain of youth, but did you ever think that playing Call of Duty could make you look and feel younger than ever? Of course, you shouldn’t throw away your moisturizers and anti-wrinkle creams quite yet. However, research seems to suggest that just a couple of hours of puzzle-solving games a week can work wonders on the health of your brain, and that means that the inevitable mental decline of aging can be fought off for much longer. The rise of brain training games on phones, tablets, and laptops is a direct result of the proven benefits of actively challenging your mind, and the more it is challenged, the greater the effects. Maybe it’s time to move up a difficulty level on CoD.

We make thousands of decisions every day, from work choices to what to have for dinner. Some people are great at making decisions, while others are more likely to get flustered and ultimately, not decide at all. Lots has been written about the comparisons between playing poker and running a business, but it’s not just card games that can boost your decision-making skills. Both strategy games like Chess or Settlers of Catan, and games that simulate business management, like Capitalism Lab, can be highly beneficial when it comes to sharpening up those decision-making skills.

When you’re trying to quit smoking or cut down on your drinking, then it can be very difficult to keep your mind occupied enough to take it off your cravings. It is obviously much better for you to have your controller or mouse in your hand than a cigarette or a drink. Whether you’re getting out the board games or loading up the dedicated gaming PC, the more that you can distract yourself from your cravings, the easier it is to ignore them. A study released in 2015 suggests that playing a game like Tetris can reduce cravings quickly, and can be a useful tool for decreasing addiction urges by as much as 70%. If you’re thinking about being a little healthier, maybe it’s time to get back into some Tetris!

If you think that it’s nothing but stressful to play games, then you might be surprised to find that by playing games regularly you can reduce your stress levels. Of course, when you’re playing Monopoly with the family, or when your video game character dies for the umpteenth time because of the same end of level boss, then stress is probably all you can think about. However, those short-term bouts of in-game stress do not seem to continue into everyday life. Increasingly, games are being used to tackle stress recovery, and the growing number of games that are designed to be nothing but relaxing is only furthering the positive impact of game-playing and high-stress levels.

No matter your age, or how good you are at playing, games offer so many benefits that it’s hard to believe that we sometimes have to stop playing and head to work instead. No matter your interests or hobbies, there’s a game out there for you. If you’ve been avoiding games since you were young, it might be time to adjust your appreciation of games and all of the positives that they bring to your life.