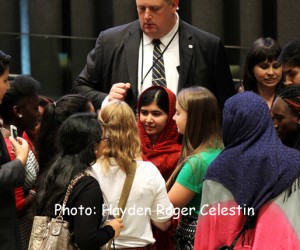 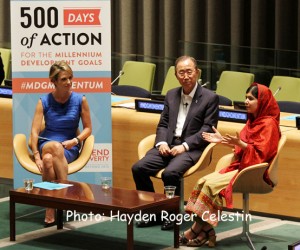 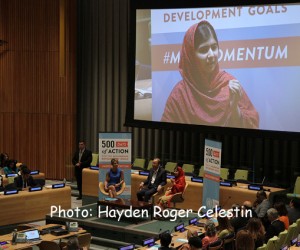 News Americas, UNITED NATIONS, New York, Tues. Aug. 19, 2014: Fourteen-year-old Malala Yousafzai who survived an assassination attempt on her way home from school in Pakistan in 2012, on Monday visited the United Nations and got to meet some 500 young people.

They were all gathered at UN Headquarters to join in on a conversation about the Millennium Development Goals (MDGs) as a part of the UN’s 500 days of action in New York City. Also joining Malala on the panel were UN Secretary General Ban Ki moon and Amy Robach, News Anchor with ABC’s Good Morning.