News Americas, NEW YORK, NY, Fri. Oct. 4, 2019: Here are the marijuana headlines making news globally and in the Caribbean and Latin America for the week-ending Oct. 4, 2019:

Look out for the Gatorade of CDB. Canopy Growth said this week it is buying a majority stake in BioSteel Sports Nutrition, a maker of sports protein and hydration mixes used by professional sports teams, potentially paving the way for products like hemp-CBD sports drinks.

The first-ever cannabis consumption-friendly restaurant is now open for business in the United States. Lowell Herb Co. IN la is licensed to serve both food and marijuana products.

The potential for federally legal cannabis to create up to a million new jobs and close to $130 billion in tax revenue is likely, New Frontier Data Founder and CEO Giadha Aguirre de Carcer said this week.

Rastafarians in Barbados say they intend to challenge the government in court, if legislation is not put in place to legalize cannabis use for sacramental purposes.

TV show, South Park, took another hit at the marijuana dispensary chain MedMen in an episode that aired on Wednesday. The scene ends with Randy asking what’s “wrong with trying to protect our business,” to which Towelie responds “weed isn’t supposed to be some money-grabbing business model” and that it’s “a gift from God.”

Marijuana arrests keep going up in the U.S. even though more states are enacting cannabis legalization laws. According to new data released by the FBI on Monday, there were 663,367 marijuana arrests in the country in 2018.

Over $400 million has been invested in Colombian medical cannabis so far, and the country is in the early innings of an industry with massive potential, a Colombian government official said Monday. 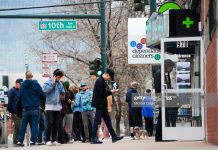 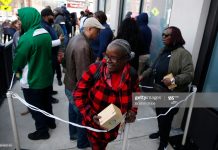 9 Tips For Cooking With CBD Oil

The 10 Best Caribbean Locations You Should Know