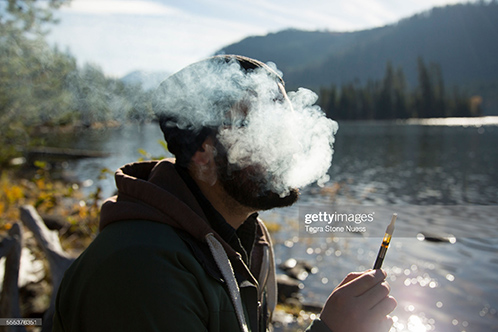 News Americas, NEW YORK, NY, Thurs. Jan. 7, 2021: Marijuana is consumed all around the globe in different amounts, depending on each country. And it seems as if in some zones areas traditions are normalized, and others in other areas. For instance, you’ll most likely find people smoking spliffs, joints that combine marijuana and tobacco, in Europe and its surrounding areas; while pure greenies are usually rolled in the Americas.

But what is surprising, is how widespread the consumption of marijuana is in South America. While you’ll likely bump into people who’d rather skip having a toke in other countries, it’s in places like Uruguay or Argentina where it’s stranger to find those who don’t smoke, rather than the ones who do.

But what exactly is the relation between these countries and their big consumption of marijuana? In Uruguay, it’s completely legal to consume weed for both medical and recreational purposes. But in Argentina, this isn’t really the situation, given they’ve only recently legalized home cultivation for medical purposes. However, you’ll definitely find a stoner here.

These Latin American countries are known for their open-mindedness, warmth and easiness in personality, usually, they are associated with music, rhythm, and nightlife, and cannabis is no stranger to these last three elements at all. With musical genres such as boleros, reggae, cumbia or reggaeton, it is no surprise to find marijuana in social gatherings. But you’ll also find the stay-at-home stoner who enjoys his solo night joint too. Latin America is almost the perfect place for growing cannabis, its tropical weather, warm and damp is the ideal one for cultivating marijuana plants and getting incredibly delicious results.

If the Rastafari movement had to come from someplace, of course, this place would be around Jamaica. But, unlike common belief, Rastafarians don’t consume weed recreationally as they do in countries such as Chile, Argentina or Uruguay, but it is more of a religious ritual. In fact, Rastafarians believe that the Tree of Life mentioned by the Bible, actually refers to marijuana, and they also consider that the Bible encourages the use of cannabis in several of its passages. Therefore, Rastas only employ weed as a source to generate visions of a spiritual and soothing nature, as well as promoting feelings of unity. They also engage in what they called “reasoning sessions,” which consist of religious meetings where they gather in a group and use cannabis to help them get into a trance-like state of mind.

So is it possible that marijuana is more common among open-minded cultures? Since these cultures are rather new, they also adapt newer frames of mind, and cannabis isn’t looked down on as much as in other places. The polar opposite to Latin America, where you can smoke weed without worries even though it isn’t fully legal, would be Japan, where we would advise you not to even mention the words marijuana and cannabis if you don’t want to get into trouble.

If you’re looking to grow cannabis at home, we would recommend you to buy feminized cannabis seeds, from a rather trusted brand, such as Fast Buds, so that you don’t bump into any ugly surprises. And then go for someplace with nice weather. Marijuana plants like warmth so if you have the option, go for a place near the equator in South America and enjoy your months of cultivation surrounded by nice music, amazing people and great food!

The Cabinet took a decision to halt temporarily the chartered flights...