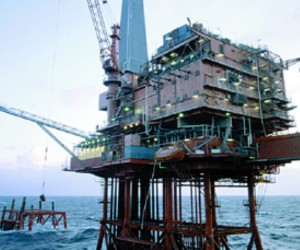 News Americas, LONDON, England, Weds. Oct. 8, 2014: No one should be in any doubt: the world’s energy balance is changing rapidly with profound political and economic consequences for the way every country and region will in future relate to one another.

On October 1, the Financial Times reported that the US is near to overtaking Saudi Arabia to become the world’s largest producer of liquid petroleum. It observed that the two countries’ production levels of oil and related products such as propane were, at the rate of about 11.5m barrels a day, now almost equal.

Other reports also suggest seismic shifts: that for the first time US North Slope Alaska crude is being exported to Korea, that pressure is mounting on the US Administration to allow energy exports out of ports in the Gulf of Mexico, and that Nigeria – previously one of the top five suppliers of oil to the United States – has all but ceased to be among its suppliers.

In a further reflection of the changing nature of global supply and demand, at the start of October the price for Brent Crude, the benchmark for trading oil, fell to US$92.04 cents; the lowest figure recorded for more than two years.

What all of this demonstrates is that the United States has been moving faster towards self-sufficiency and having an energy surplus than previous forecasts had suggested.

US production of crude oil is now likely to continue to increase sharply up to 2019 with US natural gas production set to outpace domestic consumption by 2020 or earlier, so that by 2016 the US could become a net exporter of natural gas.

This is occurring because technological advance and a lessening of environmental controls have enabled a significant increase in production from shale and other formations as a result of hydraulic fracking and horizontal drilling. It is taking place just as US energy consumption is in decline as a result of the introduction of fuel economy requirements for vehicles; liquefied natural gas (LNG) is gradually offsetting diesel fuel consumption; and renewable energy for power generation is growing at a much faster rate than the use of fossil fuels.

Until relatively recently, the consensus, based on conventional methods for the recovery of oil and gas, was that the US would remain a middle level producer requiring imports far into the future. However, this is now demonstrably no longer so.

For the Caribbean, which remains heavily dependent on oil supplied from Venezuela under the concessional PetroCaribe arrangement, the long term implications of what is happening are considerable.

By 2035, the US will likely be not only energy self-sufficient, but also a net exporter of oil and LNG. Lower energy prices may well mean that it brings back onshore many manufacturing operations and jobs as new forms of high-tech based industrialization occur using lower cost domestic energy.

Apart from the obvious implication that an energy self-sufficient US may cause the countries of the Caribbean Basin to reorient the way they think about the world, it also has more direct implications. For a region in which high energy costs and expensive power generation and transmission costs,

continue to damage the competitiveness of everything from tourism to manufacturing, a moment may come, for whatever reason, and if the US is willing, that it seeks to balance its present arrangements with Venezuela.

Already commercial interests are well advanced in locating a major LNG receiving terminal near San Pedro de Marcoris on the southern coast of the Dominican Republic for completion in 2016, with the objective that it supplies gas for domestic power generation needs in the Dominican Republic.

It is a development that could lead in time to recognition that the country could also become a gas redistribution centre for the region in view of the Republic’s strategic location, its free trade agreements with the US, Central America and with others, and its ports and deep water anchorages.

In addition the US Vice President, Joe Biden, announced in June a little noticed energy security initiative for the region which offers ‘any individual country committed to achieving an energy sector transformation…. a comprehensive package of strategic planning and technical assistance.’

The first outcome on September 3rd was for the US to sign with Grenada a pilot energy co-operation agreement to identify the necessary improvements required to encourage investment in renewable and other energy sources.

The geopolitical consequences for the world of changing sources of energy supply are only just emerging.

Europe may gradually free itself from Russia’s gas supply hegemony; China will become the biggest consumer of Middle East oil, and may have no option other than to become more directly involved in that region; Saudi Arabia will need to diversify its influence and relationships, choosing judiciously how much oil to pump and when, if it is to retain global influence; the US may in time change its long term posture on the Middle East; and eventual energy security in the Americas may see it emerge as a zone of economic stability able to look at new economic opportunity with partners in both the East and the West.

For these and many other reasons, the energy revolution now underway suggests that in less than twenty years, the world, political and economic relationships within the Americas, and even Caribbean interrelationships may be very different to today.