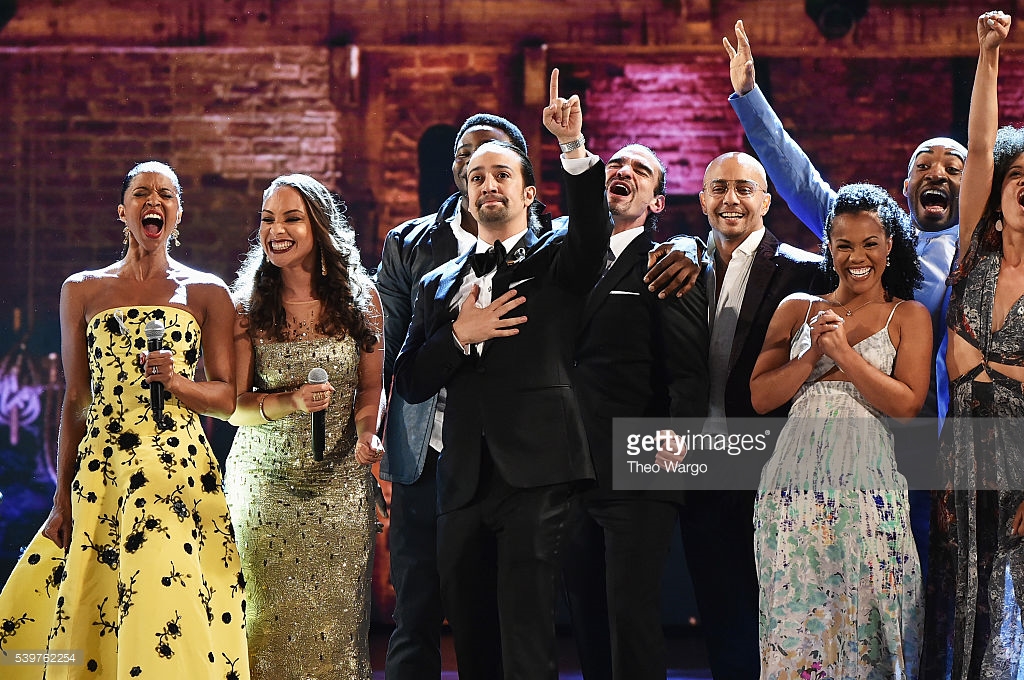 The historic musical created on the life and death of Caribbean-immigrant born U.S. Secretary of the Treasury, Alexander Hamilton, on Sunday night grabbed 9 out of the 16 awards it was nominated for at the 70th Tony Awards at the Beacon Theater in NYC.

The cast also thrilled audiences in the Beacon Theater and those watching at home and online to a small portion of the magic from the show that lucky ticket holders have gotten to see.