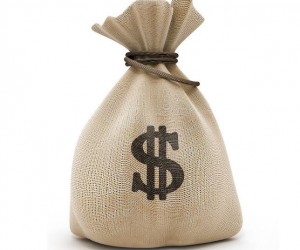 News Americas, New York, NY, Jan 30, 2015: Sorry Saud family goons – you got bumped from this week’s episode at the last moment in favor of a more important issue inspired by a New York Time article today about income tax.

Don’t worry. I hope to get to you next week.

I bumped the Sauds because  I woke up this morning to this front page article in our partner The New York Times, Why Obama’s Proposal for 529s Had No Chance” which begins ..

“The first rule of modern tax policy is raise taxes only on the rich. The second rule is that your family isn’t rich, even if you make a lot of money.”

“President Obama’s State of the Union proposal to end the tax benefits for college savings accounts ran afoul of these rules, why he abandoned it, under intense pressure from both political parties, within a week.”

This program is a tax free college savings account that benefit the well off by allowing them to stash away significant amounts of tax free cash for their mostly rich kids’ college educations.

For example, the Obamas who had an income of $2.66 Million last year from his President’s salary and much more from book royalties have stashed away so far $240,000 in one of these tax free 529 accounts for their two daughters.

Obama proposed eliminating the program in his state of the union yawn speech which might sound noble if late but only says later as we could expect from Obama he backed down after criticism from the well off.

Which brings me to the title of this week’s episode “Real Tax Fraud& Barack Obama” and what I mean by it.

Barack Obama is guilty of the worst type of fraud and add corruption too not the kind that la labels as “illegal” that people are prosecuted for and some go to jail NO the far, far worse kind aptly named INSTITUTIONAL fraud and corruption. What those with power have labeled not only legal but also often they convince us are worthy of praise.

President Barack Obama is a serial practitioner of this kind of fraud and corruption in fact he masterminds lots of it as President. So I could not resist putting aside this week’s planned episode the Terrible Sauds and Obama’s recent visit to that Slime to praise their new so called king and pledge his allegiance to the Sauds in favor of this story

I am not even going to argue that Obama proposed eliminating this tax fee savings account for the rich and almost rich because he would get lots of praise for doing so with the intent that opposition would result in him making the “painful” (sic) decision to abandon the proposal and keep adding even more to his daughters tax free college savings account.

That point is secondary we go DEEP here in Obama’s America.

My position 529s or no 529s is irrelevant to any REAL tax reform eliminating the 529 accounts will make no difference at all to most of us.

We need REAL income tax reform which we might have believed Obama would propose based on what we know now was the EMPTY change rhetoric of his first and successful Presidential campaign in 2008 which Obama won’t because he does not believe in REAL reform.

What do I mean by REAL reform my published comment to this New York Times article clearly tells anyone at all not just Obama’s America readers.

Here is my posted comment in today’s Times … “Of course the real issue here has nothing to do with this particular program but the very nature of our income tax system which has as a fundamental and completely misguided purpose of providing “special” benefits to favored groups and programs all of which those who benefit ALWAYS claim are justified and fair.”

“The fair and logical tax system impossible to realize because of the value in the current mess to so many groups and individuals is to scrap the entire tax code in one swoop replacing it with a progressive flat tax with no exemptions or special tax benefits. No income tax for total income up to $100,000, and taxes progressively rated for all income above this threshold regardless of source to reach the total in federal income tax revenue the Congress and President agree on.”

“The fact this will NEVER happen does not make it any less logical as a means of highlighting the absurdity of the current fatally flawed system and why focusing on these individual tax benefits is a complete waste of time.”

That’s right yes you have heard it elsewhere “scrap the entire income tax code” but Not in the mindless way demagogues like Texan Ted Cruz scream in front of his ideological drunken Tea Party audiences.

What I am proposing here in Obama’s America is 1) ending all I mean all income tax deductions and special tax benefits, 2) eliminating ALL federal income taxes including personal payroll tax for incomes up to $100,000 a year from all sources, 3) end the disparity between labor and other forms of income principally capital gains is all just income,  and then most of all, 4) for income above $100,000 have a PROGRESSIVE flat tax meaning taxing different levels of additional income at PROGRESSIVELY higher rates.”

How will those rates be set. They will be set by the amount of the Federal budget each year whether to pay for it all or a high portion of it with the rest funded with Treasury Dept. as Congress and the President agree.

So what distinguishes this proposal from Obama’s fraudulent so called 529 proposal as explained above beyond the gargantuan difference in scope – is that mine is a sincere and legitimate way to produce the kind of tax reform we desperately need not Obama’s meaningless BS that changes nothing.

Americans are increasingly at a very real crossroads. The middle class and poor are falling further and further behind and the Rich Elites just keep getting wealthier ad wealthier an more and more powerful. It is only going to get worse and them even worse in the coming years.

Unless have REAL reform which fundamentally changes the dynamics and reverses current trends. No government can’t do it all by itself what government can do is  use tax policy to FREE un-affluent Americans from this additional burden of unfair taxes that destroys our ability to find personal solutions for ourselves. With this PROGRESSIVE flat income tax Americans women and men across he nation and of every age group and whatever their skills or educational levels will have the entrepreneurial basis for seeking success. A nation of entrepreneurs in which you pay NO income e tax if you are below a threshold so that you can rather take that income and use it productively yourself ….

And if freed of this unfair tax burden you experience real financial success at that point your covenant with the government and its need for taxes to function will rise as your income level rises. NOT like now the more you make the better you can avoid your FAIR share of taxes.

This certainly will not be Obama’s America where he is institutionally corrupt and fraudulent proposes meaningless tax changes that accomplish nothing as the rich just get richer and ever more powerful at OUR expense.

Rather this would be a far, far, far better America for all of us.