News Americas, NEW YORK, NY, Fri. Dec. 18, 2015:  Finally ….
If you remember from earlier episodes as I hope you do, my publisher and I made it to Martha’s Vineyard late last summer and miraculously we knocked on the door of President Obama’s rented summer estate and Barack and Michelle invited us in.

We had a wonderful dinner with the Obamas’ but most of all the President was so impressed by my publisher’s beauty and singing that President Obama promised to invite her to The White House to sing.

Well after waiting she finally got the invitation. I am not using her name because she just does not want the paparazzi following her everywhere so I’ve used the pseudonym Betsy Ross in previous episodes and will here.

It was worth the wait. Betsy received an invitation to one of the Obamas’ very exclusive White House Christmas receptions and praise the Lord she was allowed to bring a guest and she chose me – her star columnist!

Of course she has an ulterior motive; she knew I would turn it into a Christmastime episode of Obama’s America. And I did.

What I want to do is set the stage for you. The Obamas’ do not cut corners ever and least of all at Christmas at The White House. They are very, very good at spending our money and they prove it all the time.

“By now, Michelle Obama is a pro in dressing up the place. Rocking a Grinch-green sleeveless jacquard party dress from the fall Michael Kors collection, gold stilettos and drop earrings, the First Lady welcomed ….”

Say Amen to that … Michelle is the best at making an impression!

“Guests have a lot to take in. There’s the 500-pound White House gingerbread house, which includes 150 pounds of dark chocolate. Yarn replicas of Obama dogs Bo and Sunny stand next to two tall topiary trees made of bright green tennis balls. There is candy galore in the State Dining Room, but it’s glued on balls and trees. Ornaments number more than 70,000, and a giant red gumball machine is topped with a holiday snow globe filled with more candy creations. About 90 percent of the ornaments and embellishments that appear on the 62 trees and on mantels and antique sideboards are recycled from Christmases past.”

Since you did not get to go to The White House for Christmas time – well maybe a few of our more powerful readers ….. I will fill in some more details for the rest of you. Exhausted from our own trip to The Obama White House I will rely on my media partners …

“There are also three rooms decorated for the holidays by fashion designers: Duro Olowu decked out the Vermeil Room with vintage and African fabrics and beaded ornaments; Carolina Herrera embellished the China Room with navy plaid fabrics and ribbons in Kailua Blue, reflecting the Hawaiian-inspired color of the Obama state china service; and Carol Lim and Humberto Leon of Opening Ceremony and Kenzo turned the library into a holiday forest of novels and manuscripts.”

Let me not neglect our #1media partner The New York Times.

“There is a month’s long operation underway at the White House, executed with the help of several branches of the military, all in largely unseen corners of the mansion. But this is no national security mission: It is the three-week marathon of non-stop party-hosting, regardless of the beat of grim news, that is required during holiday season when you are president of the United States.”

“Navy men are pitting dates in the White House driveway. Coast Guard personnel, their arm tattoos peeking out from culinary whites, mash sweet potatoes in the East Wing’s basement kitchen. Thousands of latkes deep fry in canola oil under a tent not far from the North Portico.

“Upstairs in the pastry shop, which is about the size of a galley kitchen in a small Manhattan apartment, bakers are preparing more than 500 pounds of dough for 25,000 holiday cookies, including some that look like Bo and Sunny, the Obamas’ dogs.”

So many details – thank God the Obamas’ are so good at this stuff.

The fact is, it is stressful for Barack and Michelle – even more reason they hop on Air Force One after all the parties to spend Christmas and New Year’s far away in palatial splendor in Hawaii each and every year.

“The White House Holiday Photo Line: A Tradition of Awkwardness.”

That is right – Christmas at The White House is WORK for the Obamas!

Do you believe this from last week at one of the Christmas parties?

“That was a good speech you gave last night, Mr. President,” Representative Steve Cohen, Democrat of Tennessee, told Mr. Obama as he stopped to have his picture taken with him in the photo line at the black-tie congressional ball last week. “It’s hard to be the grown-up in the nation.”

Damn Congressman bothering the President at a Christmas party!

It gets worse as the Times reports …

“It was one of hundreds of seconds-long interactions that the president and the first lady, Michelle Obama are having with guests at some of the 20 holiday receptions that crowd their lives each December. Eagerly anticipated, sometimes politically fraught and often agonizingly awkward, photo-line banter with the president has become a staple of the holiday season in Washington, where yuletide ritual meets professional opportunism — all in the course of about six seconds.”

Who says President Obama does not deserve that Nobel Prize he won? Was it me? It is time Michelle Obama got hers too!

There is more from The Time ..

“Jokes are told, interviews are requested and unsolicited advice is given to the president along with handshakes, high-fives and the not-infrequent deer-in-headlights stare from a speechless guest. Family members are introduced — and often star-struck.”

“To staff the president and first lady at the holiday photo line is to observe humanity in its most awkward state,” said Bill Burton, a former top press official in Mr. Obama’s White House.”

At least President Obama and Michelle do not put up with as much of this nonsense as previous Presidents have says The New York Times ….

“The Obamas cut back the ritual in part because it is demanding and time-consuming — each line lasts as long as two and a half hours — and in part because they wanted to give as many people as possible an opportunity to visit the White House.”

Amen to that too. And they are blessed with staff members who care too ..

“It’s just long tiring and pretty hard to get through,” Tina Tchen, Mrs. Obama’s chief of staff, said in an interview. “We had to balance, from a staff perspective, having photo lines versus how many people we could get in.”

Bless those well paid staff members who fawn over Barack and Michelle.

“There are few breaks for the Obamas in the crush of photo-line encounters. Aides make sure the president and first lady get brief moments to sip water or use a restroom, and extra padding is placed under the carpet they stand on in the Diplomatic Reception Room for added comfort. Guests are given color-coded, timed tickets telling them when to join the queue, and military social aides are on hand to move them speedily through, take their names and announce the guests when it is their turn for a portrait, captured by the official White House photographer.”

So you want to know about how my publisher “Betsy Ross” and I did?  First of all her singing was phenomenal. No doubt about it when President Obama escorted “Betsy” to The White House piano, everyone was mesmerized – Heads of State, Senators, Congress Members, many of the most influential people in America were all there that night since Obama put out the word and made up the guest list for THE White House Christmas Party of 2015.

FORGET about Adele – although many in the audience made the comparison; my publisher out did her with song after song Christmas songs, Chanukah songs,  classics from the American song book, and much more.

It was a night at the White House never to be forgotten. As for me, I brought President Obama a couple of very special gifts.

You’ll hear about them next week just before Christmas. 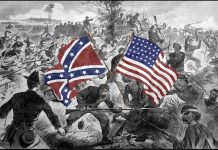 CARICOM Heads Have The Answers: But Can They Deliver?

Russert: What’s in the Way of Immigration Reform? – NBCNews.com