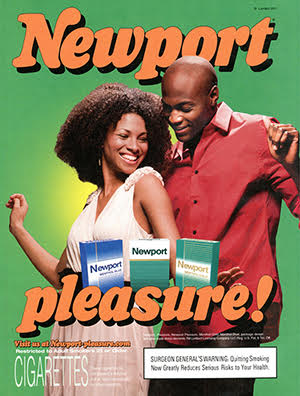 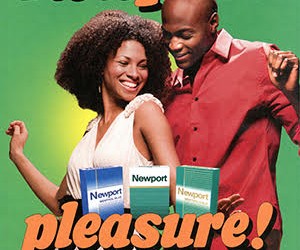 They can be homeless all the way to President of the United States.

Last Saturday evening in Washington, DC hypocrisy was center stage at the Annual Congressional Black Caucus Gala. Who were the guests of honor?

A large DC ballroom filled to the rafters with the elite of the African American community and well heeled supporters including Michelle Obama of course in a very expensive designer dress to show off her wealth.

And there in the background “out of sight” the tobacco companies among the largest contributors to the Congressional Black Caucus. Why? Because they fit in so well in a room filled with Hypocrites led by the Obamas with North Carolina’s Lorillard Tobacco and Newport leading the way. And it just gets worse the more you dig in.

The media sources are endless. Let’s bring in a new media partner. Mother Jones that’s right Mother Jones, November 17, 2015 issue … “The Troubling History of Big Tobacco’s Cozy Ties With Black Leaders – And the reason one of the community’s biggest killers is rarely discussed.”

I could have used The New York Times or WSJ they tell the same story.

“Our analysis of records from the Center for Responsive Politics revealed that half of all black members of Congress received financial support from Lorillard, as opposed to just one in 38 non-black Democrats. To put it another way, black lawmakers—all but one of whom are Democrats—were 19 times as likely as non-black Democrats to get a donation.”

“To put it another way, black lawmakers—all but one of whom are Democrats—were 19 times as likely as non-black Democrats to get a donation.”

“It’s not hard to see why Lorillard might employ this strategy. Federal officials are now considering whether to add menthol, the minty, throat-numbing additive—to the list of flavorings Congress banned from cigarettes in 2009 for public health reasons. Lorillard’s Newport is the nation’s top-selling menthol brand, accounting for billions in annual sales. And who most favors menthols? Black smokers by a wide margin.”

GUESS WHO makes that decision whether or not to include Lorillard’s Newport among other banned flavored cigarettes?

“For decades, in fact, the tobacco industry has maintained what amounts to an informal mutual-aid pact with certain black organizations. Over the years, cigarette makers have donated generously to members of the Congressional Black Caucus, and to its affiliate, the Congressional Black Caucus Foundation—not to mention the National Urban League, the NAACP, the United Negro College Fund, and many smaller African American groups. In return, some of these groups have helped the industry fight anti-smoking measures. Others, public health advocates say, have turned a blind eye to the harms tobacco imposes on the black community.”

Barack and Michelle did you have fun Saturday night parting with the TOBACCO LOVING Congressional Black Caucus. Of course you did. It’s the reason why you have REFUSED to put NEWPORT on the list of banned flavored cigarettes.

Hail to the Hypocrite in Chief and his “health” advocate wife Michelle.

What a shame – the Barack & Michelle Obama Foundation will find it too much of a personal PR risk to take tobacco money next year or will they?

There are advocacy groups and leading health experts that have literally been BEGGING Obama to ban Newport cigarettes for EIGHT years and he REFUSES to do so and now you know why.

And make no mistake about it Lorillard has TARGETED the African American community over the last few decades with Newport arguably the most dangerous brand of cigarettes sold. It worked Big Time.

More from Mother Jones … “Menthols account for about 30 percent of cigarette sales in the United States, but according to a study cited by the federal Centers for Disease Control and Prevention (CDC) based on data from 2008 through 2010, menthols were the choice of 88 percent of black smokers—and 57 percent of smokers under 18.”

“Menthols were the choice of 88 percent of black smokers!”

“menthols were the choice of 88 percent of black smokers”

When it comes to MENTHOL cigarettes there is really only ONE brand that counts North Carolina based  Lorillard’s NEWPORT brand.

“The Family Smoking Prevention and Tobacco Control Act, the landmark 2009 law that authorized the FDA to regulate tobacco products, included a ban on candy, fruit, and spice flavorings because of their appeal to young smokers. But during the political negotiations that preceded the deal, menthol was given a pass. In July 2013, after years of complaints from the public health community, the agency put out a call for comments on whether menthol should be added to the list.”

I was going to write about Obama’s BS speech to the Black Elite at Saturday night’s Congressional Black Caucus Gala but this gives you even a better picture of the REAL Barack Obama and Michelle this week.

The Reality Of No Illegal Immigration