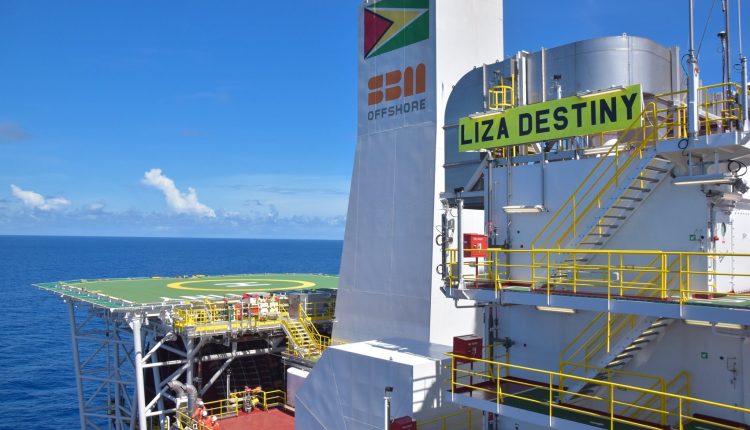 News Americas, NEW YORK, NY, Sun. Nov. 20, 2022: A foreign observer analyzing Guyana’s oil resource per citizen would guess that a baby born in the last few years in Guyana would be one of the luckiest of the 8 billion people in the world. But the observer would be mistaken. It is approaching 3 years since we started producing oil but one of the key measurements of poverty shows that Guyanese are worse off.

Recent data from the World Bank stated that 48% of Guyana live on a mere US$5.50 a day. This is in contrast to an earlier 2020 report by the Inter-American Development Bank that said that 41% of Guyanese live on less than US$5.50 a day. If one takes inflation into account, then US$5.50 in 2020 buys less than US$5.50 in 2022. Hence, in real terms, an additional 7% of the population slipped into poverty despite the fact that Guyana became an oil-producing nation in late 2019.

This upcoming Thursday will be American Thanksgiving. The shareholders of the oil companies will have plenty to be thankful for including record profits and shares prices such as Exxon’s which have rocketed 85% over the last year.  Exxon, HESS, and CNOOC and their shareholders have benefited tremendously from our oil.

Given this big disparity in the oil companies benefiting more from our oil than our people, our politicians should be calling for the renegotiation of a fair deal. Except, many of them seem to be parroting the lines of the oil companies. Our politicians are talking about the amount of money the oil companies have invested and the risk they are taking. That is a shareholder-centric view where greedy corporate executives worship money and have no respect for the environment or rule of law.

If Guyanese politicians cared about the interest of the people, then they would immediately call for the enforcement of the EPA permits that require full liability coverage. These politicians would demand Exxon immediately stop pumping above the 120,000 barrels per day, the safety limit for Liza 1 as per the EPA permit.  The 2010 Deepwater Horizon explosion and subsequent oil spill in the Gulf of Mexico is projected to cost the operator BP up to US$145 billion. Who is taking the bigger risk right now without proper insurance coverage? It is Guyana, not the oil companies.

A responsible politician would also demand that oil companies pay taxes instead of trying to dodge the question of why many Western countries are considering imposing windfall profit taxes. Even the President of the United States has said Exxon needs to pay its fair share of taxes. There is a planned rollout of a 15% minimum tax by over a hundred countries, yet Exxon pays no profit taxes in Guyana for the lifetime of the Stabroek Block PSA. The oil companies use our airports, harbors, and roads, which were paid for by Guyanese taxpayers. How is it fair that we have the average Guyanese worker who makes about US$4,000 a year pay taxes and the oil companies rake in billions of profits and pay no profit taxes?

The terms of the new PSA being discussed by the government were in consultation with industry experts. That new PSA calls for a 10% royalty, 10% taxes, cost oil limited to 65% of revenues, and has aspects of ring-fencing. That new PSA will only be applied to oil blocks that may not contain any oil.  We demand that the recently proposed terms of the new PSA be applied also to the Stabroek Block PSA, which governs the profit sharing of 11 billion barrels of oil between Guyana and Exxon and its partners.

A baby born in America today will be one of the luckiest in the world. If our politicians had the courage to press for renegotiation of the lopsided Stabroek Block oil contract, a baby born in Guyana today would also have won the ovarian lottery.