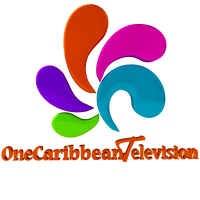 This year, One Caribbean Television will partner with the newly rebranded Peeks Toronto Caribbean Carnival for its 50th anniversary celebration.  For the past five years, the network has covered Toronto’s Carnival, which remains one of North America’s largest cultural events attracting millions of attendees, annually.

In addition, the One Caribbean Television production team will provide live coverage of both the Barbados Crop Over Festival and Antigua’s 60th Carnival celebration.

Throughout Carnival Week, One Caribbean Television will offer live coverage of events, interviews and feature stories to highlight the people and pageantry that make Carnival one of the world’s most popular celebrations.

One Caribbean Television, a U.S.-based, 24/7 television network, most known for its extensive weather coverage, also carries news, sports, travel, lifestyle, and entertainment programming along with the most Caribbean carnival coverage anywhere. The channel is currently seen on cable systems throughout the Caribbean and in a number of major cities in the United States.

For more information about One Caribbean Television:  www.Facebook.com/OneCaribbeanTelevision.

Immigrant Youth Leaders Signal They May Be Open to a GOP Compromise – New...

Immigration reform is on life support, but it isn’t dead yet – Washington Post...