News Americas, NEW YORK, NY, Mon. July 22, 2013: Dear Mr. President,
Now that John Boehner has made it very clear immigration is not a top priority of his Speakership, it is time to show real leadership on this issue and make sure 2013 does not end without comprehensive immigration reform or at least, help for the 11 plus million hard working, undocumented migrants who help keep the wheels of America’s economy turning.

It was heartwarming this week that the panelists of the ‘Obama Watch’ segment on the award-winning ‘GBE Mind Flight’ with Imotep Gary Bryd on WLIB 1190 AM radio, agreed with me that you can and should use your executive powers to truly help these immigrants. Your legacy will undoubtedly be bolstered by it.

It is why you are President and John Boehner or no Republican is in the office. You were re-elected largely on your immigration reform promises by a significant margin of immigrant voters – Latinos, Asians, Africans and Caribbeans.

Now it’s time to show real leadership and make history in this your final term in office. You have nothing to lose and everything to gain, including leaving Democrats a boon through a new bloc of loyal voters.

In fact, Gallup found this was the most popular component of immigration reform, winning out over border security, employment verification and high-skilled worker visas. And a New Public Policy Polling (PPP) of voters in key republican districts also showed support reform with citizenship. According to the poll, an average of 65% of voters in seven key congressional swing districts, and an average of 68% of likely voters in 29 states support immigration with citizenship.

I’m sure if President Ronald Reagan was alive he would have said that he stated in 1984: I believe in the idea of amnesty for those who have put down roots and lived here, even though sometime back they may have entered illegally.”

It’s time Mr. President that you act instead of simply sitting back and letting Republicans run roughshod over you, pretending somehow they are in control and not you. It’s not enough to say you remain “cautiously optimistic” that Congress will come to an agreement that includes a path to citizenship, not mere legalization.

John Boehner has said he’s not interested and has failed as a leader. His Party will pay the price for that but you cannot allow immigrants and the Democratic Party to go down with The Philistines.

The time to use your executive power again is now. You did it last August through your version of the DREAM Act – which failed to pass Congress on repeated occasions, and on January 2, 2013 by allowing certain undocumented immigrants to apply for a visa in the United States and return to their home country for only a brief time – only a week in some cases – to obtain immigration documents.

If John Boehner and Republicans fail to bring a comprehensive immigration reform bill to the floor for a vote, I think you should use your executive powers and act again.
Respectfully, 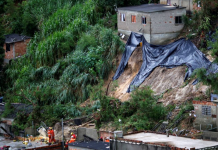