News Americas, NEW YORK, NY, Mon. Nov. 18, 2013: Dear Mr. President,
Lost in all the brouhaha over the Affordable Health Care Act roll-out was Speaker John Boehner’s nail in the coffin comment on immigration reform this past week. And yes, we know the White House is insisting immigration reform should still be a priority but it looks like it will not happen in 2013. For the reality is if two teens who have lost their dad to deportation cannot sway the hard mind of Boehner, I don’t know who will.

The speaker this past week said his chamber would never consider a sweeping immigration bill passed by the Senate in June and wouldn’t commit to voting on House immigration proposals by the end of the year.

This even after brave teen activists Carmen Lima, 13, and Jennifer Martinez, 16, crashed Boehner’s breakfast at Pete’s Diner in D.C. and explained how they have not seen their father since they were deported.

“So how would you feel if you had to tell your kids at the age of ten that you were never coming home?” Lima asked him in a video posted to YouTube by Change Nation, a branch of the Center for Community Change, which also houses the Fair Immigration Reform Movement.

But that of course did little to thaw the hard heart of the speaker, whose future grand children will be half immigrant. Instead, at a post-breakfast news conference at the Capitol, Boehner told reporters, “We’ve made it clear that we’re going to move on a common-sense step-by-step approach in terms of how we deal with immigration.”

Maybe it’s time to back up and revisit the idea of calling Boehner’s son-in-law, Dominic Lakhan, and asking him to speak up for immigrants and immigration reform. Between Lakhan and Rep. Jeff Denham, R-Calif. the issue we feel is dead for now could be resurrected sooner than later.

But the reality is that you and the White House need not appear like you are telling Boehner and his croonies what to do on the issue. Let the people closest to him do that.

Denham, the first Republican to co-sponsor the Democratic immigration bill that provides a pathway to citizenship for the nation’s some 11 plus million undocumented immigrants, and Lakhan, are the key I believe, especially since Denham has reportedly been asked by Boehner to gauge the interest of House Republicans on taking up the contentious issue.

Denham is now circulating a letter to fellow GOP House members asking for signatures in support of an immigration overhaul and is initially targeting a group of 40-45 Republicans who he believes could sign on.

“The speaker basically said, ‘Show me how much support there is to bring this up,'” Denham said Thursday. “So we’re circulating the letter to show him how many members are pushing hard to get immigration to the floor.”

Now activists must continue the push since the Latino vote will be needed by Republicans if they have any shot at winning any national election or even some of their mid-terms. The sooner Denham sells that the better.

Mr. President, it’s time to make those two calls – to Lakhan and Denham. Let them speak for you or else it’s time to find an executive way to solve the issue, even if temporarily for many immigrants, while showing the Republicans who is President!

The writer is CMO of Hard Beat Communications, which owns the brands NewsAmericasNow, CaribPR Wire and Invest Caribbean Now. 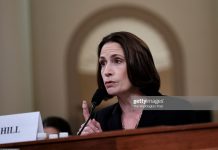 Guatemala Says No Initial Reports of Damage, Injuries After Quake