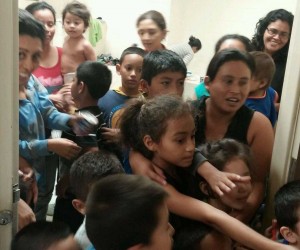 Help for the 11 plus million undocumented migrants in the United States almost always seems to take a back seat to one crisis after another. Just when it seems relief is in sight for hard working people who desperately need some form of working papers for the years they have paid their dues in this country, something else happens to prevent this from happening.

More than a year after House Republicans became the block to comprehensive immigration reform, the new crisis at the Southern border now threatens to rail road your plans at executive action.

The misinformation in Central America that is leading to thousands of women and children making their way to the U.S. border thinking they will benefit from the Deferred Action for Childhood Arrivals (“DACA”) program is the latest stumbling block to assistance from those who are already in the border.

This must not and cannot be allowed despite the obvious humanitarian concern. A stern message must be sent immediately that any one arriving illegally at the U.S. borders will be turned away. Allowing thousands of people illegally into the country at this stage will simply create a new crisis and further delay relief for the millions already here.

Regardless of how harsh it seems, the 50 plus thousand people must be detained, processed and loaded on planes and returned to Central America urgently. This must be done to send a clear message to those in Central America. They cannot be released into the system as there will be no way to track them and this will simply add to the undocumented population and create more angst against any form of legalization.

Mr. President, this must be done as soon as possible based on the laws on the book as it relates to Central Americans passed in 2008 by the Congress. This crisis cannot be allowed to rail road the executive action that can and must be taken to give some form of legalization to the 11.5 million undocumented migrants within the borders.

This can begin with the DHS processing relative and employment sponsorship petitions quickly instead of having these applications sit for years in the system.

Temporary Protected Status can also be given to those parents of the ‘Dreamers’ or young people who qualify for DACA who pay back taxes and learn English, while those “Dreamers”  should be allowed to get on a path to legalization through channels like enrolling in the military.

You should also consider looking at those skilled immigrants who are frustrated by the years it takes for employment sponsorship to occur and the low rates of H-1B available. Using executive power, you can grant employment authorization to international students and skilled migrants who hold degrees and ensure that the Secure Communities program is focusing solely on deporting criminal immigrants rather than those migrants who have been living here for years and whose only crime is being undocumented.

This must be your focus this summer while ensuring the border is secure and shut down.