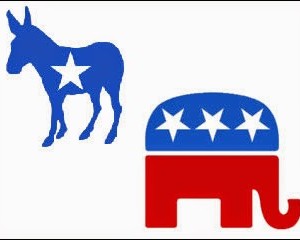 In less than a month, we will know who will control the U.S. Senate going forth. Will it remain blue or will it turn bloody red?

Sadly, Latino voters, seen as the new bloc of swing voters in the United States and the ones most active and adamant in their push for immigration reform, make up only 5 percent or less of eligible voters in eight of the nine U.S. states with toss-up Senate races.

What does this mean for Democrats and what will happen if they lose the Senate too? Will you also change your mind about making an executive changes on immigration rules?

That’s now the concern of many advocates who are not sure they can trust you to keep your word after you have failed them so many times in the past five years and in the past few weeks alone.

Whatever you decide to do, it would be wise to act administratively on the immigration front no matter how hot the button gets. Act immediately as promised after the mid-terms and do not delay another minute, for it could cost Democrats even worst in 2016.

In addition, three-quarters of Latino eligible voters live in just seven states — California, Texas, Florida, New York, Arizona, New Jersey and Illinois. Today Hispanics make up 17 percent of the U.S. population, up from 5 percent in 1970 and Latinos make up the largest group of immigrants in most state. In some states, though, other Hispanic groups are the largest: El Salvador is the top country of birth among immigrants in Virginia and Maryland, the Dominican Republic leads in New York and Rhode Island and Cuba is the top place of birth for immigrants in Florida.

These are numbers that should be paid attention to as it will determine the future leaders in this country for years to come and whose side these new voters will stand by.

I can only hope that like Chicago Congressman Luis Gutierrez recently said:  you will be “going big, going broad, and going quickly after Election Day” as a way of prodding Republicans to action legislatively.

In the words of Marvin Gaye: ‘Let’s get it on’ already.