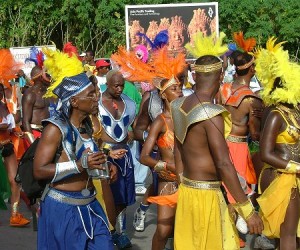 It’s Crop Over in Barbados and today marks the end of the event with the Grand Kadooment. The popular and colourful festival turns 40 today. Its origins can be traced back to the 1780’s, a time when Barbados was the world’s largest producer of sugar.

At the end of the sugar season, there was always a huge celebration to mark the culmination of another successful sugar cane harvest – the Crop Over celebration. As the sugar industry in Barbados declined, so too did the Crop Over festival and in the 1940’s the festival was terminated completely.

However, the festival was revived in 1974 and other elements of Barbadian culture were infused to create the extravaganza that exists today –  an event that attracts thousands of people from across the globe in a carnival parade.

Curacao: One Of The Best Islands In The Caribbean