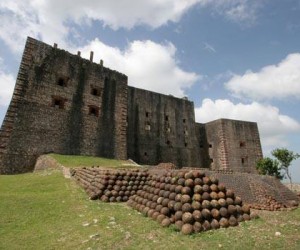 It is the Citadelle in Cap-Haitien Haiti. The large mountaintop fortress in northern Haiti is the largest fortress in the Americas and was designated by the United Nations Educational, Scientific and Cultural Organization (UNESCO) as a World Heritage Site in 1982.

The Citadel was built by Henri Christophe, a key leader during the Haitian slave rebellion, after Haiti gained independence from France at the beginning of the 19th century.

Top 10 Beaches In Latin And Central America Suitable For Children

Las Vegas And The Caribbean Are Inextricably Linked

US Revokes Visa of Citgo CEO in Another Blow to Venezuela