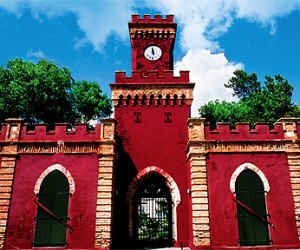 The Fort with walls 3 to 6 feet thick was built between 1672 and 1680. It was designated a National Historical Landmark in 1977 after servingas the administrative center of the island, the residence of the first Governors and the official place of worship.

Between 1724 and 1735 it was expanded and continued to function as a government building. By the late 1800s the role shifted. The upper level of the fort served as the islands’ prison from 1874-1983.

Fort Christian Museum was established in 1971 in the downstairs area of the fort with exhibits of old photos, antique furniture and artifacts. Fort Christian closed in 2005 for renovation and remains closed. You can view the Fort, however, from outside the walls

What If The US Were To Lift The Cuba Travel Ban?

Jill Biden’s Patronage Of This Caribbean Owned Store Does Not Go...