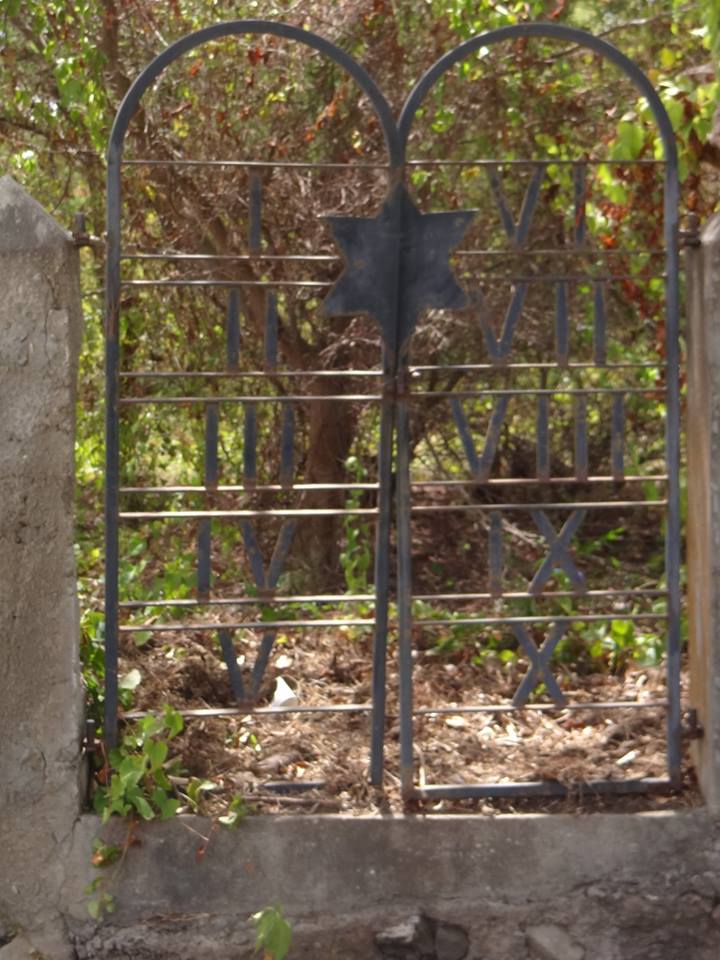 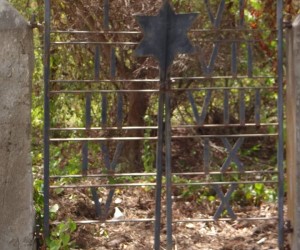 It’s the gateway to the Jewish Cemetery in St. Eustatius.

Jewish history on dates back to the 1680’s and had integrated into the community by the early 1720’s. The population was initially mostly of Sephardic denomination, however by 1730 Ashkenazi Jews from Eastern Europe also moved to Statia. The two groups were often in conflict and were a civil problem to the authorities. In 1736 the Jewish groups requested the right to build their own Synagogue. They were granted permission to build the Synagogue, and the building was completed in 1739 with the help of donations from the congregation of the Synagogue in Curacao. The Synagogue was named Honen Dalim, which means “She Who is Charitable to the Poor“, and is one of the oldest in the Americas. Honen Dalim and the congregation would suffer many hardships over the next 100 years, until she was finally abandoned by the 1850’s. From this time until 2001 the Synagogue sat in a state of ruin. In 2001 the exterior of the Synagogue was restored as part of the Historic Core Restoration Project.

Amar’e Stoudemire to Revisit Israel as a Maccabi Coach