Home Immigration Over 14,000 Immigrant Children Are Still In U.S. Detention 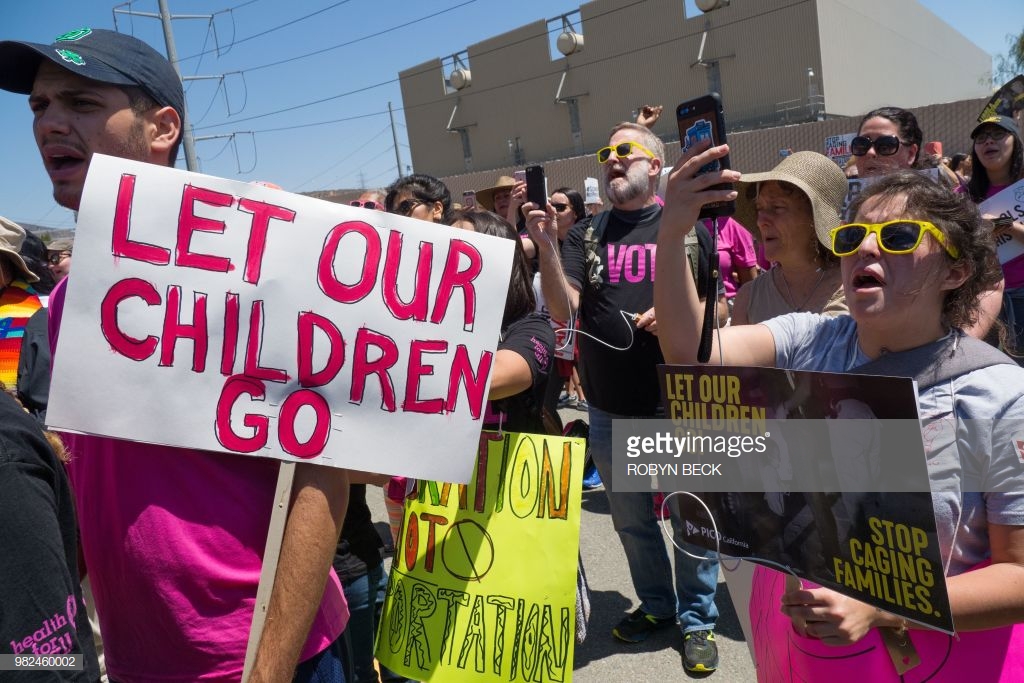 News Americas, MIAMI, FL, Fri. Nov. 30, 2018: As the US President dined in fine style at Mar-La-Go on Thanksgiving Day with his family, and many others got to celebrate with family and friends across the country, little thought was spared for the thousands of immigrant children still in detention, courtesy of El Trumpeto and his Merry Band of Fascists.

As the Houston Chronicle pointed out on Nov. 21, 2018, a record 14,030 immigrant children remain detained in shelters across the country as of Nov. 15th, according to latest federal and state statistics. That’s almost three times the number of children in federal detention a year ago.

Most are Central American asylum seekers who came with their parents in April, seeking a better live much live the first economic refugees, the Pilgrims of the Mayflower.

Instead, most of these children were separated by U.S. Customs and Border Protection (CBP) agents executing the Trump administration’s Spring ‘zero tolerance’ policy towards undocumented immigrants.

The Department of Health and Human Services has been tasked with administering more than 100 shelters around the country. There are currently over 1,000 unaccompanied immigrant kids at Tornillo, in the West Texas desert, far, far away from parent, relatives and anything they ever knew.

The tents they are held in, according to the ACLU, are not insulated, but rather cooled and heated through an external unit that blows air into the tent. When there’s a lightning storm, the children have to use plastic, stand-alone portable toilets to avoid the risk of electrocution from using the facilities in the metal trailers.

About 20 boys to a tent who sleep on bunk beds while there are about 200 girls detained there in a large white tent that serves as a dormitory, as well as a multi-purpose room where they have their meals and some activities, including a few hours of education per day, according to the ACLU.

In the eyes of the court, the children have broken the law by entering the country illegally, and they are not free to leave the shelters of their own will.  Instead, they must be sponsored by their parents, relatives, or friends.

But alas, the Trump administration has botched that process too. Now it requires fingerprints for anyone who comes forward as a sponsor. Which has sent many of their immigrant family members running scared, especially since in September, over 41 were arrested for being in the country as undocumented immigrants.

The harm being done to these children is still largely unmeasured, but one can only imagine the toll it would take on our kids if they were separated from our families for a week and jailed in a tent in strange surroundings with strangers.

Dr. Neeraj Agrawal, of the Department of Pediatrics at Texas Children’s Hospital, in Houston, Texas recently shared the story of at least one child in detention in an article titled: “Separated and Sick: An Immigrant Child’s Traumatic Experience of Illness and Recovery,’ and penned for the American Academy of Pediatrics online.

He detailed how he found the 9-year-old Honduras-born child, called ‘Liliana,’ who came to the hospital because of fevers, influenza and nausea. She was a thin, withdrawn girl, Agrawal wrote, lying in bed with a nasogastric tube in place and a blank stare.

No 9-year-old child should have to endure such trauma. But who cares about the untold harm that is being done to these children. Back at Mar-a-Lago, El Trumpeto was all about the border, threatening to close “the whole border.” And so, the Fascist beat goes on!

Who Cares About Black And Brown Immigrants?, This Billionaire Wants US To Open Up To Russian Migrants