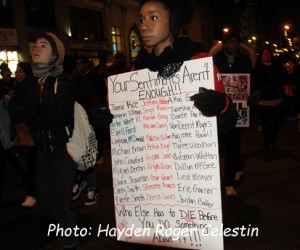 News Americas, NEW YORK, NY, Mon. Dec. 15, 2014: They came from all classes and walks of life and were of all colors and races but on Saturday they were united in one cause – to bring attention to the black lives that continue to be lost to police across the United States.

Bearing signs much and marching in the thousands much like they did in the pre-civil rights days of Selma and Montgomery, they took to the streets of New York City to voice outrage at the deaths of Eric Garner, Michael Ferguson and Akai Gurley among others under the watchful eyes of the NYPD.

NYPD officers walked along with the peaceful crowd who  included several celebrities including Rap Mogul Russell Simmons and some of the cast from Orange is the New Black. 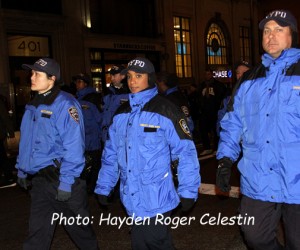 Though no where near a million, they were definitely out in the thousands as part of the Millions March NYC rally. From the headquarters of the NYPD downtown, to mid-town Manhattan, their chants of “hands up don’t shoot” and “I can’t breathe” filled the cold air.

Million Hoodies, an organization that works to empower young people of color and protect them from racial profiling, was there to support the march. Their director, Dante Barry, said that they were there to march to put pressure on a flawed system.

“It’s important for us to be mobilizing,” he said. “And being able to pressure our folks in the system to say ‘No more. Enough is enough. Black lives DO matter.’” 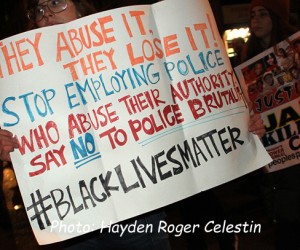 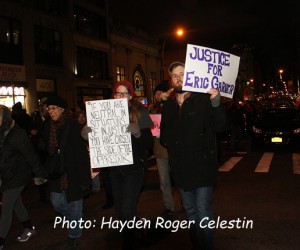 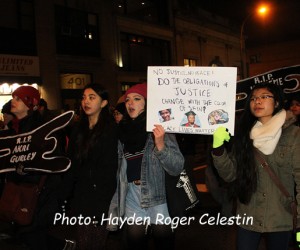 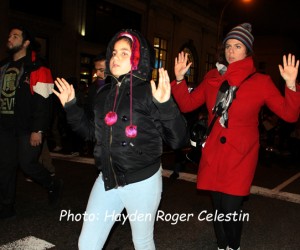 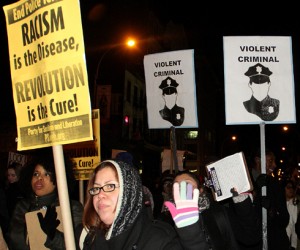 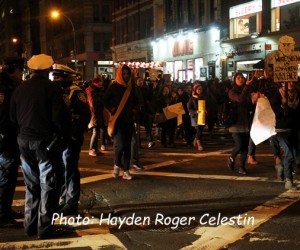 This Caribbean Country Now Has The Most Deaths From COVID-19