Dubbed Antigua’s beautiful soca diva, Peters wanted a somewhat shy Harry to show his dance moves but he declined for the most part before sticking up a finger in the air.

The Prince was at a reception hosted by Prime Minister Browne at Barnacle Point on Monday night, the second day of an official visit to Antigua and Barbuda.

Other social activities on the Prince’s calendar in Antigua included:

Attending a Charity showcase at Government House on  November 21, 2016; 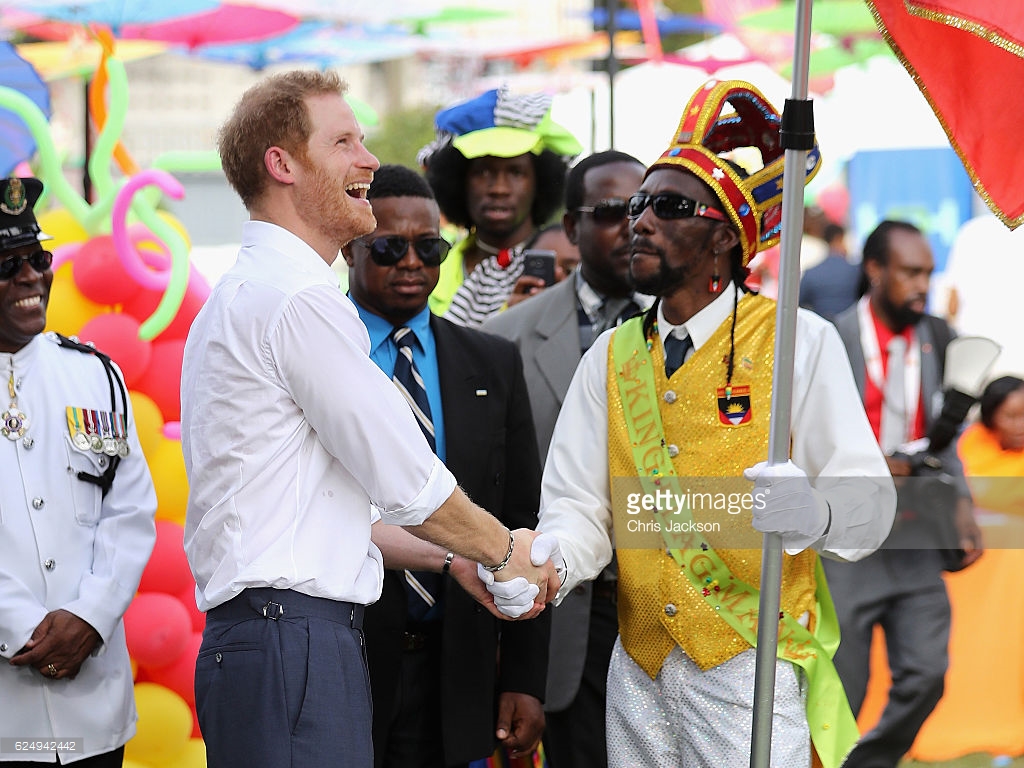 Walking through a guard of honour during a Youth Sports Festival at the Sir Vivian Richards Stadium on the second day of an official visit on November 21, 2016 and:

The unveiling of the dedication to The Queen’s Commonwealth Canopy and Arbour Day Fair at Queen Victoria Park Botanical Gardens on November 22, 2016 in St John’s.

The prince is visiting six countries where the Queen is head of state: Antigua and Barbuda, Barbados, Grenada, St Kitts and Nevis, St Lucia, and St Vincent and the Grenadines.

He will also tour Guyana. The visit will mark the 50th anniversary of independence for Barbados and Guyana.

He moves on to St. Kitts & Nevis today. The other dates are:

Prince Harry’s build-up has been overshadowed after it emerged he was dating US actress Meghan Markle.

Earlier this month Prince Harry, 32, hit out at the media for subjecting Markle to a “wave of abuse and harassment” issuing a rare but strongly worded statement. Additionally, the hashtag #NotMyPrince has been trending in the Caribbean.

The Realities and Rewards of Running a Sibling Business

The people did not get a carnival that they could be proud of, says Lovell