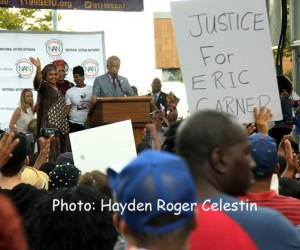 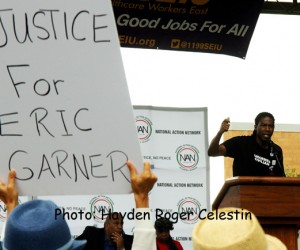 The rally was to call attention to the death of Eric Garner, a Staten Island resident who died after a chokehold performed by a cop who tried to arrest him and against the backdrop of the shooting of Michael Brown in Ferguson, MO.