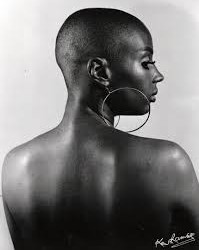 Born in Jamaica in 1935, Ramsay, known for his signature riding boots and scarf, studied photography at Harrow College, London, and Germain School of Photography in New York in the 1960s, after which he worked for a short time with New York fashion photographer Peter Basch.

He returned to Jamaica in 1969, and the following year concentrated his efforts on classic black and white photography, earning international fame with his creations, among them The Head. In 1994 published his first book, Dare to Dream, with co-publisher Verlag Rombach of Freiburg, Germany.

Ken Ramsay, who died in 2008, was widely considered the greatest art photographer Jamaica ever produced. His iconic works, most notably “The Head” and “The Dare to Dream” are viewed by many as defining the art of Jamaican photography.

Clyde McKenzie, former Digicel “Rising Star” judge will serve as master of ceremonies and the exhibition is being sponsored by Wray & Nephew, Island Art and Framing, the Heinrich Rombach Publishing Group, and Christian and Regine Hodiege.

Norwegian Air Increases Service from US to Martinique