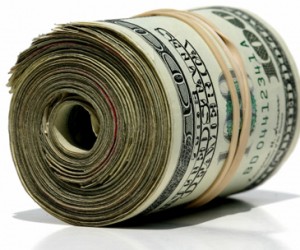 News Americas, NEW YORK, NY, Mon. October 13, 2014: Climbing migrant employment in the US is boosting remittances to Latin America and the Caribbean, making this region one of the top three for money transfers globally.

A recent analysis by the World Bank show that so far this year, remittance flows at the regional level are growing fastest in three development regions: East Asia and the Pacific (EAP), South Asia region (SAR), and Latin America and the Caribbean (LAC).

Officially recorded remittance flows to LAC are expected to increase by 5.0 percent to US$64 billion in  2014 or to US$64 billion, up from US$61 billion last year. Growth is forecast for next year as well up to US$67 billion.

Data for Mexico, El Salvador, and Guatemala – which together account for more than half of remittances to the region – show that remittance inflows grew by more than 6 percent in the first eight months of 2014 compared with the same period the previous year, despite the increase in the number of deportations from the US, Migration and Remittances: Recent Developments and Outlook said.

Remittances to Nicaragua rose by 4 percent over the same period while remittances to Guyana fell significantly in 2013.

The pace of growth in the rest of Latin American has also been slow and uneven, especially for Argentina, Bolivia, Brazil, Paraguay and Peru, World Bank analysts said.

Meanwhile, exchange controls in countries such as Argentina and Venezuela are also causing flows to shift underground.

Brazil Is Now The No. 2 Coronavirus Hotspot Globally

Brazil Is Now The No. 2 Coronavirus Hotspot Globally