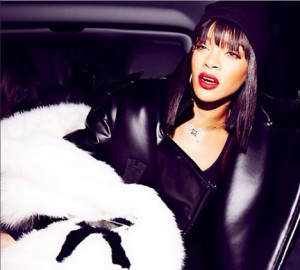 That song was released nine months ago on SoundCloud.

The hooks and lyrics are pretty similar, as The Fader points out. Just Brittanysings “Bitch better have my money,” over and over again, just like Rihanna.

Neither Rihanna or Just Brittany are commenting on the claim so far. You be the judge.

Rolling Stones aim to roll back years with reunion