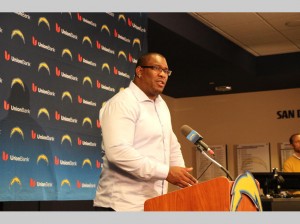 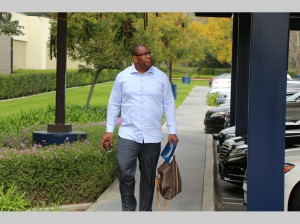 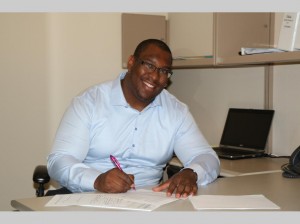 After over four years with the Broncos, the Kingston-born Franklin has been signed by the San Diego Chargers to a five-year deal. He is expected to beef up their offensive line as a guard.

Franklin tweeted to Broncos fans that he “would have loved to continue” with the team but did not receive an offer from them.

While thanking them, he added that he is excited for the “next chapter of his life.”

One key reason Franklin says he chose to be a Bolt is Head Coach Mike McCoy, who served as his offensive coordinator his first two years in the league with the Denver Broncos.

“I’m excited to go to a team that I’m familiar as far as Mike McCoy and his scheme there,” he said.  “The Chargers have always had a great offense in place with a great quarterback and a good offensive line. I had an offer on the table from (another team) that was a little bit more than San Diego offered, but I ended up coming to San Diego because I felt more comfortable with the scheme and McCoy.  Obviously the line calls are going to change because it is a different offensive line coach, but at the same time, I am going to feel more comfortable because of McCoy, and I feel the Chargers run what I’ve done.”

The 27-year-old 6′ 7″ 320-pounder was part of the Super Bowl squad when the Broncos took on the Seattle Seahawks in 2014. He grew up in Canada and later migrated to Florida where he attended the University of Miami.

Originally a second-round pick by the Broncos in 2011 (46th overall), Franklin started all 17 games at left guard in 2014, including the divisional playoff game. It was his first year at the position after starting 53 games at right tackle over his first three seasons.  While he brings versatility, he made it clear he’ll be suiting up in one spot for the Chargers.

“I’m coming in to play left guard,” he said matter-of-factly. “They told me they don’t want me to do anything more or less than what I did for Denver.  They like my style of play, and I’m going to come in and give it 110% every play that I’m out there.  I pride myself on getting down the field after the ball is thrown.  That is how I’ve played since high school.  I like to get downfield and celebrate.  Football is the ultimate sport, and it’s the only thing I know in this world basically where you can zone out for three hours and not be worried about anything else going on in the world.  So I’m definitely excited to be doing that the next five years for the Chargers.”

Guyana Police Say Three To Be Charged In 2020 Teen Murders

South America Rushes to Back Maduro as U.S. Casts Doubt on Venezuela Vote