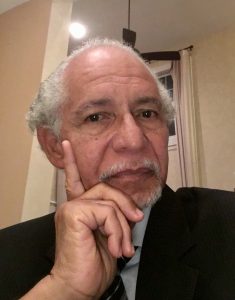 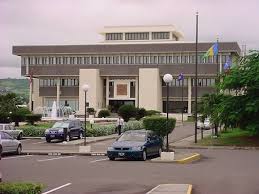 News Americas, NEW YORK, NY, Fri. Nov. 11, 2016: Discussions at various levels throughout the Caribbean region on the threat of de-risking by U.S. and European banks have focused primarily on the debilitating possible effects on Caribbean financial institutions and Caribbean countries’ economic development.

Without access to U.S. and European banks for correspondent banking relationships and lack of future access for payable through accounts and other financial transactions would definitely create a crisis in the Caribbean and should be treated with unquestionable urgency.  The discussions are quite rightly focused on these issues.  However, there are other factors considered in the decision-making process of U.S. and European financial institutions in taking de-risking measures.

The issue of de-risking and the effects on the Caribbean region and developing countries in general are being discussed at the regional and global levels, including in CARICOM, the IMF/World Bank and in the United Nations.  The general consensus is that the issue must be dealt with in such a way as to provide developing countries with the space to participate in the global financial system.  However, such space will not be automatic for Caribbean financial institutions unless they implement and adhere to internationally acceptable standards to prevent money launderers and terrorists from gaining access to their institutions.

Like every international or global issue affecting the Caribbean region, it is incumbent on governments and financial institutions in the region to take the time to understand fully the issues surrounding the decisions by U.S. financial institutions and elsewhere, in order to deal with them effectively and appropriately. The time to be proactive to this threat has long passed and the Caribbean region has found itself being reactive and in a crisis mode – playing catch-up. Understanding the rationale for de-listing is important to the process of finding solutions.

Sanctions enforcement is a primary risk factor for U.S. and financial institutions. Banks and other private sector entities have been subjected to heavy criminal and civil penalties, in particular by the U.S. Justice Department (DoJ) and judicial system for criminal violations and fines, and by the U.S. Treasury Department for civil violations and fines for sanctions violations.  Criminal penalties and civil fines are imposed on financial institutions for violating sanctions and embargos imposed on individuals, entities, and countries by the U.S. government (USG). The primary aim of these penalties and fines are to deter financial institutions and private sector entities from engaging in and hiding transactions with sanctioned governments, individuals and groups.

As stated by the presiding judge, U.S. District Court Judge Lorna G.  Schofield, in the BNP Paribas, S.A. (BNPP) sanctions violations case, BNPP “not only flouted U.S. foreign policy but also provided support to governments that threaten both our regional and national security and in the case of Sudan, a government that has committed flagrant human rights abuses and has known links to terrorism.” The Judge also stated that the forfeiture of over $8 billion will “surely have a deterrent effect on others that may be tempted to engage in similar conduct, all of whom should be aware that no financial institution is immune from the rule of law.”

The forfeiture order and criminal fine against BNPP in 2015 was $8,833,600,000 forfeited and $140,000,000 in fines (almost $9 billion) set a new precedence for penalties and fines imposed for sanctions violations by the USG.  Consider this vis-à-vis the GDP of all CARICOM member states combined.  The BNPP penalty and fine are the largest in U.S. history for sanctions violations. Prior to the BNPP forfeiture and fines, perhaps the highest forfeiture was imposed on HSBC Holdings plc and HSBC Bank USA N.A. in the amount of $1.256 billion in 2012.

First, let me emphasize that enforcement of sanctions is critical to the enforcement of international norms, preventing international criminal networks access to the financial system, and preventing money laundering and terrorism financing (AML/CFT).  Sanctions also seek to prevent human rights violations, curb conflicts, and prevent proliferation of weapons of mass destruction (WMDs), their precursors and delivery systems. De-risking by large banks is an effort to reduce their exposure to AML/CFT violations and other sanctioned activities that may escape the scrutiny and capacity of foreign banks and inadvertently facilitated through their correspondent relationships and payable through accounts.

I have no doubt Caribbean financial institutions wish to comply with international standards, and they are taking the necessary actions to meet these standards.  Most are well on their way. Now they have to convince U.S. and European banks that they are not contributing to the risks discussed above. They have to demonstrate that they are monitoring appropriate sanctions lists and that their systems can identify automatically new additions to these lists – the U.N., the U.S. and European Union lists – in order to block access to those designated and listed.

CARICOM could do well to facilitate the information flow in real time from the U.N., the U.S. and European Union on listings and designated individuals and entities that are subject to sanctions, in particular assets freeze. These lists are easily accessible and are found on respective websites: U.N. Security Council (Consolidated List); U.S. Treasury Department (Special Designated Nationals and Entities list); and the U.S. State Department (Foreign Terrorist Organizations list). Establishing a CARICOM “consolidated list” which is updated each day and available in real time to all CARICOM member states would be a step in the right direction.  This facility would help Caribbean countries with limited resources and technical capacity to monitor all requisite lists on a daily basis.

U.S. laws and regulations, and Executive Orders governing the U.S. financial system apply to all U.S. financial institutions. They recognize the risks they face and the high penalties to which they are subjected when violations occur.  These are not imaginary penalties and fines.  As stated above the DoJ actively pursues sanctions violators and the fines are extraordinarily quite severe. The Internal Revenue Service-Criminal Investigation works closely with the FBI and DoJ prosecutors to pursue banks and other financial institutions who violate sanctions.  De-risking is one way of protecting their behinds or at least reducing their exposure.  They really don’t care about the effect on Caribbean countries. We do.

EDITOR’S NOTE: Ambassador Curtis A. Ward, B.A., J.D., LL.M., is an attorney and international consultant, and Adjunct Professor in the Homeland Security Graduate Program at the University of the District of Columbia. As former Ambassador of Jamaica to the United Nations he served two on the U.N. Security Council. He was Expert Adviser to the UN Counter-Terrorism Committee for three years. He specializes in terrorism/counterterrorism legal and policy frameworks; anti-money laundering and countering financing of terrorism (AML/CFT); sanctions implementation; crime and security; human rights, rule of law and governance.