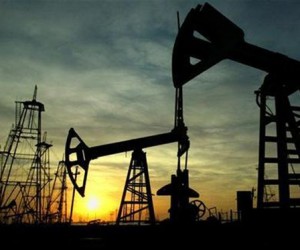 News Americas, LONDON, England, Thurs. Jan. 8, 2015: Two days before Christmas, the Saudi Oil Minister, Ali al-Nami, made a statement that is likely to change geo-politics and the face of the world economy in 2015.

Speaking to The Middle East Economic Survey, a specialist oil industry publication, the Minister said that the Organization of the Petroleum Exporting Countries (OPEC) will not cut oil production, even if the price falls to US$20 per barrel.

His comments reflect a dramatic change in policy, and given his country’s leading role in OPEC, signals an end to the cartel’s traditional approach which has previously involved agreeing to limit members’ output to maintain high oil prices. “Whether it goes down to US$20, US$40, US$50, US$60, it is irrelevant,” he was quoted as saying. He also noted that the world may never again see prices at US$100 a barrel.

In a fundamental shift in policy, his remarks acknowledge that the world has not only entered a period of falling demand but also of oversupply. This is as a result of new sources of energy coming on stream in the US, Russia and elsewhere, and the relatively recent identification of huge new reserves in Brazil, the Arctic, and Canada that could, if exploited, become available over the next decade. They confirm that in response, Saudi Arabia has decided to challenge higher cost producers by making them aware that Saudi and OPEC policy on pricing may make any decision they take to exploit new reserves unviable.

The approach, which the Saudis and other low cost Gulf state producers can afford to contemplate, will have other significant effects.

Firstly, it will have strategic implications. It will set back existing higher cost producers for example in Iran or Venezuela, and Middle East terrorist groups seeking oil revenue.

Secondly, for those countries and companies that unlike the Caribbean buy oil on non-concessional terms, a collapse in oil prices will be very good news. The IMF noted on December 22 that a prolonged slump in the oil price could add as much as 0.7 per cent to global growth in 2015 and slightly more in 2016. If this is indeed the case then industrializing nations like China that depend on energy imports to enable growth could see GDP grow more rapidly and again spur global growth.

Thirdly, it is likely that any sustained collapse in the price of oil will impact on the future exploration and exploitation of new fields by the oil majors and others holding the rights to onshore and offshore blocks. Put another way, what may have been a viable investment based on forward projections of global oil prices at around US$70 plus per barrel, will be set aside if the world price were to stabilise at US$40 or less. While oil companies plan ten or more years ahead, their boards and investors are likely to look closely at future commitments if they believe that oil prices will remain low for some time.

Fourthly, it will throw the economic and budgetary planning of those oil and gas producers that are already teetering on the edge of default on their sovereign debt, into crisis mode. Many will find they have to cut back rapidly on government expenditure in all areas, including social programmes and defence, and restructure their finances.

And fifthly, smaller existing oil and gas producers will suffer. For example, in Trinidad’s case, the overall poor performance of its oil and gas sector, a budget based on receiving US$80 per barrel, plus other factors, will impact negatively on an already slowing economy.

For the Caribbean, almost totally dependent for its energy needs on oil supplied under the Venezuelan PetroCaribe arrangement, almost all of this is bad news.

Venezuela, where half the national budget is financed by oil revenues, had predicated its 2015 budget on an oil price at US$60 per barrel; the figure that Brent crude stands at as this is being written. This means that if oil prices fall and government is to continue to finance its commitment to the poorest in society, address an increasingly chaotic economy, and service its growing indebtedness, it will have no option short of wholesale reform, but to turn to China to obtain loans against future oil production and the import of Chinese goods, and adopt other short term measures.

This is almost certainly why Venezuela has developed a plan to sell PetroCaribe debt owed by the Dominican Republic at about a 60 per cent discount. According to media reports, Venezuela sold more than US$4 billion of Dominican Republic debt to Goldman Sachs and is exploring the possibility of doing so in relation to the debt it holds for some other PetroCaribe nations.

For the Caribbean, more immediately toxic, if oil prices continue to fall, may be the existing terms of the PetroCaribe arrangement. Member nations pay, with some variations, 40 per cent of the cost of the oil price upfront when it is above US$100 per barrel; 50 per cent when it falls within a range of US$100 to US$80 per barrel; 60 per cent at US$80 to US$50 per barrel; and full payment when the oil price falls below US$15 per barrel. The delayed portion is then transferred to the PetroCaribe Development Fund as a long-term loan repayable at one per cent over 25 years, and the loan proceeds are used to fund development projects and provide budgetary support for the government.

This means, if the scheme continues, PetroCaribe member nations may have to find more cash from already constrained budgets to meet the repayment terms as oil prices fall; increase their indebtedness; or agree to some other adjustment such as an increase in the interest rate.

The consequence of this is that Caribbean indebtedness may build to ever higher proportions of GDP.

In early October, the Economist magazine suggested that Jamaica, Guyana and Haiti’s deferred payments to Venezuela were equivalent to four per cent of GDP and greater than 10 per cent of government revenue annually between 2011 and 2013. In late October, the International Monetary Fund advised Caribbean countries to put contingencies in place to cater for possible interruptions or a complete halt of PetroCaribe. In November, Ronald Harford, the Chairman of Republic Bank, pointed out in an address to the Caribbean Association of Bankers, that the region is consuming energy at levels it could not afford.

These facts, taken together with the decision by the Saudis to let oil prices float freely, leave the Caribbean as it enters 2015 in a hugely uncertain place.

The Caribbean Could Benefit From U.S. Immigration Reform – Former Minister