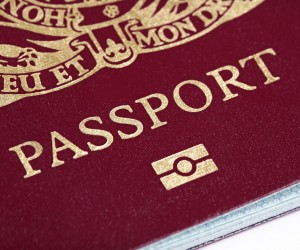 News Americas, LONDON, England, Mon. Jan. 6, 2014: Governments in North America and Europe are beginning to look more closely at citizenship for investment schemes, after a small but growing number of incidents have raised concerns about who passports are being issued to.

Although much of the media have confused the illegal issue of diplomatic or regular passports with those provided under legal citizenship by investment programs that many nations operate, it is clear that the whole question of being able, in one or another way, to offer citizenship without a residence requirement is coming under increasing international scrutiny; with the real danger being that ordinary citizens may come to face blanket requirements for visas where none previously existed.

Citizenship for investment schemes, of which there are globally very many on offer, provide passports in return for payments or investments of between US$0.1m and US$1m and requirements that range from the challenging to the simple or non-existent regarding residence.

Among those most interested in such provisions are newly wealthy Chinese entrepreneurs whose interest in holding alternative citizenship, or residing elsewhere, relates to unspoken concerns about their Government’s anti-corruption drive, personal freedom, or seeking a location that provides an international education for their children.

Wealthy Russians too have an interest in relocating as do a growing number of wealthy citizens from the Middle East, the former Soviet Republics and Africa unsettled by instability and war, and US entrepreneurs who want to escape the US’s ever widening tax net.

The problem is that such schemes, the nature of the due diligence undertaken in granting citizenship, and in some cases those who are appointed to sell such schemes globally, have become controversial.

The latest nation to attract attention is Malta, a full member of European Union where its government recently announced a scheme that in effect sells citizenship of the EU in the form of a Maltese passport.

Government there had proposed that citizenship would be available for US$890,000 (€650,000) without any residency or investment requirement and without the names of those granted citizenship being published.

However, the proposal, which the Maltese government had predicted would bring in US$ 41m (€30m) resulted in a domestic political storm. It also resulted in concern being expressed by other EU member states as the effect would have been to offer entrance and residency into the other 27 EU member states. The result was the temporary suspension of the program, a debate in the European Parliament next month, and pressure from a number of member states for consistency across the EU.

In the Caribbean, the revenue raising potential such schemes have understandably become of particular interest to some of the region’s smaller heavily indebted nations.

Earlier this month, Grenada became the latest Government to announce a citizenship program as one of a number of decisions to try to put the nation’s fiscal house in order. In his budget address the Prime Minister, Keith Mitchell, announced that he will bring before parliament in early 2014 a new citizenship by investment program tailored to Grenada’s needs, which will, he said, take great care to attract clean and credible investors.

This program will be under the control of a Committee led by the Attorney General which will receive and determine applications for a program conservatively estimated to bring in US$10m (EC$27m) in 2014.

Antigua has a similar a scheme, as do Dominica and St Kitts-Nevis which offer investment variations on citizenship without a residency requirement. More recently, British overseas territories have been told by London they may only consider programs for residence as long as there is no guarantee of citizenship.

In contrast, St Vincent has said that it will not follow other OECS nations. Speaking about this in August, the islands’ Prime Minister, Dr Ralph Gonsalves, said, “I know what the downsides are, and I insist that the highest office in the land is that of citizen and it is not for sale…. the passport is the outward sign of the inward grace of citizenship and it is not for sale either”. Mr Gonsalves said that instead he preferred to see citizenship garmented to those who “come in and they invest and later on” [become citizens].

Citizenship programs are extraterritorial in their effect, so the offer of an OECS passport potentially provides any new citizen with the ability to move freely within the region and in some cases beyond, to the Schengen area, to Canada, or to other parts of the world that do not as yet require visas from citizens of certain Caribbean nations.

Not only is this creating unease within some CARICOM countries and the suggestion that there is a need to examine the implications in relation to free movement and national security, but it is also clear that traditional partners are watching closely the development of such programs.

Recent private research also suggests that concern among Caribbean citizens has been growing. Among the doubts listed about economic citizenship programs are: a country being associated with criminals; being inundated with foreigners; funding being given by foreigners to political parties or individuals rather than the state; damage to international reputation; and visa restrictions being applied to all nationals by other states.

Assuring the Caribbean people that they will not suffer visa restrictions from other nations as a result of an economic citizenship program is an issue that has domestic political implications. It requires any Government envisaging such programs to ensure that they communicate their plans to those countries that its citizens most frequently travel to and develop clear procedures in relation to security and the administration of their scheme.

As international views on monitoring money laundering and transparency evolve, it is possible that economic citizenship could at some point become the subject of more intense scrutiny by external governments and international institutions.

In its desire to create new sources of income, Caribbean nations and the region should consider carefully the implications and reputational risks. If economic citizenship, without any significant residence requirement or the most detailed and exhaustive of checks, were to be proved to have facilitated criminality or terrorism, the measure will not only have become self-defeating for the country concerned, but also potentially damaging to the region as a whole.

David Jessop is the Director of the Caribbean Council and can be contacted at [email protected]. Previous columns can be found at www.caribbean-council.org