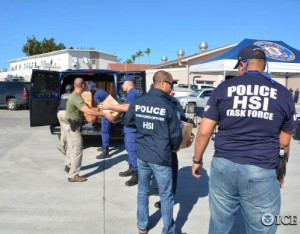 Twenty of the 29 were minors between ages 14 and 17. Seven Dominican nationals, including two women and five men, were arrested. Prosecutors allege the traffickers knowingly transported the victims to what they believed was a “sex party.”

They also knowingly arranged for the victims to perform sexual services for adults attending the fake party.

If convicted, the defendants face up to 15 years imprisonment.

According to the U.S. State Department, the Dominican Republic is a source, transit, and destination country for men, women, and children subjected to sex trafficking and forced labor. Large numbers of Dominican women and children are subjected to sex trafficking throughout the Dominican Republic, the Caribbean, Europe, South and Central America, the Middle East, Asia, and the United States.

Additionally, the commercial sexual exploitation of local children by foreign tourists is a problem, particularly in coastal resort areas of the Dominican Republic. Dominican and foreign women in exotic dancing and in prostitution are highly vulnerable to sex trafficking within the country.

What Is Full Spectrum Hemp Oil?