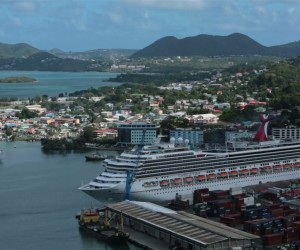 News Americas, LONDON, England, Weds. May 28, 2014: When the Economic Partnership Agreement (EPA) between the countries of CARIFORUM and the European Union was finally signed in 2008, the Caribbean tourism sector believed that it contained much value to an industry that had become the region’s largest employer after the public sector; its biggest foreign exchange earner outside of the oil, gas and extractive industries; and a significant generator of external tax revenues.

During the negotiations, the Caribbean Tourism Organization (CTO); its private sector counterpart, the Caribbean Hotels and Tourism Association (CHTA); and the region’s trade negotiators, managed to have inserted into the final text a detailed chapter on tourism, despite resistance from the European Commission which wanted only a minimal text.

Subsequently the EPA was welcomed by the industry in the belief that it offered an opportunity to begin to address tourism’s development needs, be better prepared for international competition and for it to emerge fully into the mainstream of CARIFORUM and Governments’ thinking.

It was, according to the CHTA’s President at the time, Enrique de Marchena, the first time that a major economic partner, the EU, had recognized in a Treaty the importance of the industry, its future centrality to Caribbean growth, and the importance of nurturing its competitiveness.

Today, as European consultants once again circle the Caribbean trying to discover how the EPA has progressed, asking sometimes hard to understand questions of time constrained private sector executives, it is worth considering why the region’s most significant industry has scarcely benefitted from the agreement’s commitments; and why tourism remains an anathema to many officials and developments specialists, despite it being one of the few, perhaps only industries, where the Caribbean is able to sustain long term competitive advantage.

Central to the industry’s interests then was a three page annex on tourism and other language woven into the agreement and its many pages of schedules.

In particular, the annex covers issues that range from ensuring fair competition in relation to tourism, through to possible areas for development support, and schedules that spell out the ways in which individual Caribbean nations would open areas of their tourism product to European participation.

In the context of the industry’s needs, the EPA indicated that Europe would find ways with CARIFORUM governments and representatives of the tourism industry to provide specific deliverables. These included the commercial transfer of technology to support the industry’s development in areas such as information technology; support for small and medium-sized enterprises in the tourism sector; the mutual recognition of industry qualifications; and support for the introduction of environmental and quality standards applicable to tourism.

It also suggested that European technical and development support would be made available for the upgrading of national accounting systems so that governments can understand better the role of tourism in the economy, and it proposed support for the development of internet marketing strategies and the creation of sustainable tourism standards.

So interested were the industry in how small locally owned hoteliers, restaurateurs and others might be able to access the apparent promise of the EPA that CHTA, with CTO’s support, commissioned a user friendly study for the sector.

Today, five years on, virtually none of what the tourism sector hoped for has happened and the industry, which is nothing if not practical and delivery oriented, has largely given up on the EPA as time wasting and is asking why this is the case.

As with much in life there are no simple answers. The EPA was ill conceived by Europe. Its provisions have not been fully implemented in many Caribbean nations; the accompanying development assistance is controlled by CARICOM and European bureaucracies that in many instances are antipathetic to the ethos of the private sector or tourism; the institutions of the EPA scarcely function; and money is more easily spent on consultants, meetings, travel and reports than on small viable cost-sharing projects of demonstrable practical value.

More specifically, in the case of tourism, excellent business support mechanisms like Caribbean Export are not specifically tourism oriented; the industry is still seen by many in the region for complex historic and cultural reasons as somehow less than legitimate and given only grudging support; the global recession and downturn in tourism has resulted in the industry’s representative bodies being less well funded and less vocal; and key tourism professionals have had to spend their time focusing on commercial survival.

More generally, any promise that the EPA may have had is passing. Other similar agreements with Central America, Andean nations and very soon with Mercosur and Cuba, let alone the proposed Transatlantic Trade and Investment Partnership between the EU and the US, all threaten to eclipse any value and opportunity the Caribbean had, with largely only Trinidad, Jamaica and the Dominican Republic taking advantage of the enhanced market access provided.

In the past twenty years the economic structure of the Caribbean has changed almost beyond recognition. The region has moved from being dominated by an agriculture-dependent preference-based model involving Government’s constant intervention, to one that has to rely to a significant extent on an industry that is private sector led, and which, helped by the region’s location and outstanding natural environment, has become the most tourism dependent in the world.

Treated well, the industry has an extraordinary contribution to make to regional growth; treated badly, it has the capacity to damage economies and reduce government revenues.

Tourism and its continuing ability to compete globally has, in all but a few Caribbean nations, become the essential provider of employment and national income; and by extension, the taxes that pay for electorates’ expectations of public services, from education and health care to roads. Put another way, as a multifaceted export industry helping drive domestic demand and employment, tourism is the one of the few areas in which small economies can prosper.

In 2008, CHTA’s then President said that tourism would be the litmus test of the EPA’s success or failure. If the Caribbean or Europe, having produced the language that enabled support for the industry, could then not deliver, he argued, this would be telling.

His words were prophetic. There are hardly any externally supported tourism programs, no regional tourism development fund or agency able to deliver exclusively the small or medium sized programs that this vital part of the private sector needs and there is, it seems, declining interest in Europe in supporting the industry that now drives much of the Caribbean economy.

David Jessop is the Director of the Caribbean Council and can be contacted at [email protected] Previous columns can be found at www.caribbean-council.org.