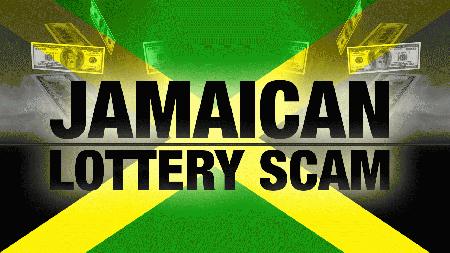 News Americas, WASHINGTON, D.C., Fri. Mar. 24, 2017: A Broward County, FL woman has been jailed while a South Florida man has pleaded guilty for roles in the popular Jamaican-based lottery scheme, the US. Department of Justice announced this week.

Cassandra Althea Palmer, 33, was sentenced this week by U.S. District Judge Marcia G. Cooke to 24 months in prison and three years of supervised release. The court also scheduled a hearing on May 3, 2017 to determine the amount of restitution that Palmer will pay to the victim.

Palmer pleaded guilty on Dec. 7, 2016, to one count of conspiracy to commit mail and wire fraud. As part of her guilty plea, Palmer acknowledged that from February through April 2014, she was a member of a conspiracy that defrauded a Maryland resident.

Palmer was charged with the conspiracy to commit mail and wire fraud on Oct. 26, 2016. As part of her guilty plea, Palmer agreed that, had the case gone to trial, the United States would have proved the following facts beyond a reasonable doubt: In February 2014, a woman from Worcester County, Maryland, was contacted by an individual in Jamaica and told that she had won a multi-million dollar lottery prize, and that in order to collect her lottery prize, she first had to pay taxes and fees.

The victim did not win a lottery prize and would not collect any winnings. Palmer knew about the fraud scheme and agreed with her co-conspirator in Jamaica to participate in the scheme. Palmer participated in the fraudulent scheme in a number of ways.

Among other things, she worked with her co-conspirator in Jamaica, to recruit a friend in Maryland to receive $7,500 of the victim’s money. She and her friend kept a portion of the money, and Palmer wire transferred the rest to her Jamaican co-conspirator.

Meanwhile, Claude Shaw, 49, also of South Florida, pleaded guilty in the Southern District of Florida to one count of mail fraud. Shaw was charged in connection with a fraudulent lottery scheme based in Jamaica that induced victims in the United States to send Shaw over $100,000 to cover purported fees for lottery winnings that victims had not won and never received.

Shaw pleaded guilty to one count of mail fraud. As part of his guilty plea, Shaw agreed that if this case proceeded to trial, the United States would have proved beyond a reasonable doubt that, from in or around September 2013, through in or around August 20l5, Shaw participated in a scheme to defraud victims in the United States and unlawfully enrich himself. Victims throughout the United States received telephone calls in which they were falsely informed that they had won over a million dollars in a lottery and needed to pay money in advance to claim their winnings. The victims were instructed on how, and to whom, to send their money.

As part of the scheme, victims were instructed to send their money to Shaw. Victims sent over $100,000 to Shaw, who then forwarded a portion of the money to Jamaica. Victims never received any lottery winnings.

Their prosecution is part of the Department of Justice’s effort working with federal and local law enforcement to combat the fraudulent lottery scheme preying on American citizens.