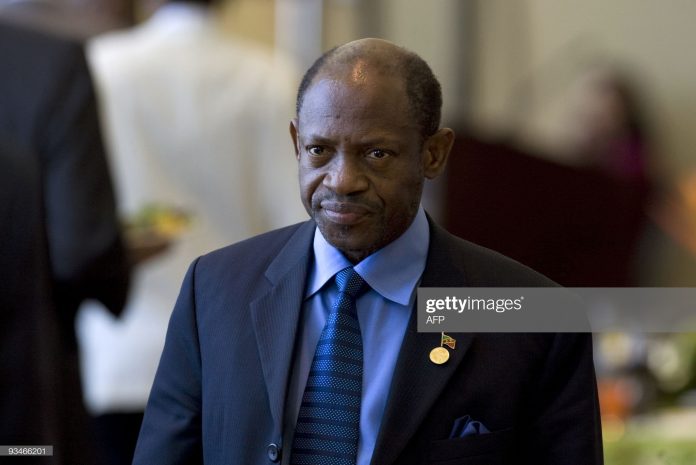 Responding to an article published in the UK newspaper that he was arrested and held at Gatwick Airport after he tried to leave Britain with £70,000 in cash, the former Prime Minister said that it “is totally false, malicious and libellous.”

He denied he was ever “detained or arrested in London.”

“The One-Term Government of Dr Tim Harris seems to have found a Reporter in the Daily Mail to push their false and libellous story to distract from our call that Minister of Tourism Lindsay Grant and Culture Ambassador Jonel Powell must resign now,” Douglas said, in a statement. “Let it be known that I again emphasise that I was never detained or arrested at London Gatwick Airport on 16th November or at any other time. I have committed no crime and I’m under no investigation.”

“The Article in question is receiving the attention of my lawyers who will advise me accordingly,” Dr. Douglas added.

Dr. Douglas recently returned from a tour of the United Kingdom cities of London and Birmingham, where he and other party officials, including Konris Maynard and Dr. Terrence Drew, updated overseas nationals on important political and social issues back home.

He says that he is gratified and overwhelmed by the support his party is receiving from St. Kitts and Nevis nationals in the Diaspora.

Dr. Douglas said that many of those present at the packed townhall meetings pledged their continued support of the party and have since made good on their promise to provide financial and other support for the upcoming general elections.

The former prime minister said it was clear that citizens living inside and outside of St. Kitts and Nevis were extremely disappointed in the performance of the present Team Unity government and wanted to see a return to prosperity under a new St. Kitts-Nevis Labour party administration.

“Donations are pouring in from overseas citizens and their friends and it is clear that the current prime minister is aware of our growing support and successful fund-raising efforts,” Dr. Douglas added. “As a result, it is becoming quite evident that the incumbent administration will do everything in their power to block financial support to the Labour Party.”

Ahead of the Bell: Verifone falls in premarket – Seattle Post Intelligencer

Jamaica Has A New PM