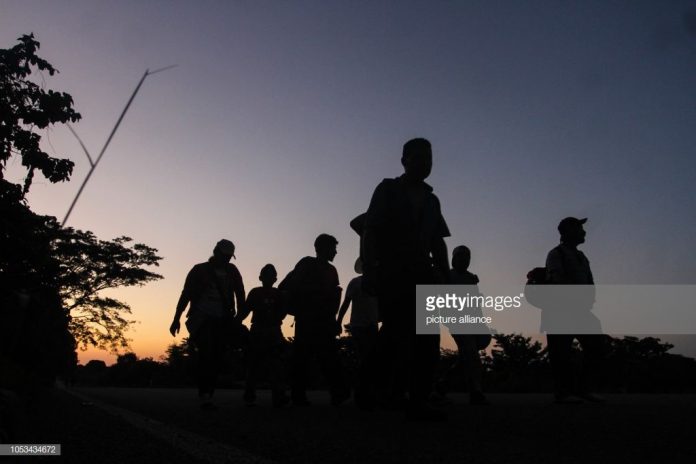 News Americas, MIAMI, FL, Fri. Oct. 25, 2018: As most working people wait on their “$4,000 raise” that was touted by Donald Trump following his, and his Elephants – aka the GOPs – ‘Bigly’ tax break, most polls show the policy is now far from popular with most Americans of all parties and ethnicities.

This comes as the US Treasury reports that the country’s deficit this year has swelled to $779 billion under billionaire deal maker Trump, the highest in six years; and a 17 percent increase over last year.

Further, growth of the economy is projected to fall way below the four-percentage mark touted by The Donald and his fall-in-line GOPers – likely coming in at around 2.9 percent for 2018, according to Mark Zandi, chief economist of Moody’s Analytics.

All of this comes on the heels of more polls showing Americans want to ensure coverage for pre-existing conditions remain part of the Affordable Care Act, aka, Obama Care, which Trump and his cronies in the GOP in Congress want to get rid of completely. And as brass-face Mitch McConnell had the cohones to this past week claim it is the social programs for the poor, including Obama Care, and not tax cuts for the rich, that pushed up the deficit.

Three issues tried and failed to energize the so-called base! Now El Trumpeto is back to stirring the witch’s brew and feeding the same Kool-Aid what got him elected to the so-called “base,” who make their faithful trip to hear directly from the White Leader-In-Chief.

Not content with rounding up and deporting immigrants, kidnapping children from their parents and keeping many still in tents and separated from their parents, ending TPS and DACA, and closing down most legal immigration channels, El Trumpeto has now resumed to stoking ethnic fear by telling the dummies still in his camp that they will be replaced by immigrants, if Democrats and not his Elephants, are allowed to win the mid-terms.

“I am watching the Democrat Party led (because they want Open Borders and existing weak laws) assault on our country by Guatemala, Honduras and El Salvador, whose leaders are doing little to stop this large flow of people, INCLUDING MANY CRIMINALS, from entering Mexico to U.S.,” Trump tweeted on Thursday, Oct. 18th.

The message was undoubtedly timed to ensure the “base” got the wink, wink message and turned out to vote on Nov. 6th.

While Trump continued his defense of the Saudi goons amid growing evidence the kingdom’s leaders are behind the disappearance, and apparent murder, of a Saudi columnist for the Washington Post, he upped his anti-immigrant rhetoric, making immigrants the usual scapegoats in the fight to maintain control of all branches of power.

Trump also threatened to deploy the military to the southern border last Thursday and scrap a newly negotiated trade deal with Mexico and Canada – if Mexican leaders don’t take steps to stop the migration “onslaught.”

So will the xenophobic strategy work again? Democratic and Independent voters, including black, Latino and Caribbean voters, hold the answer and the key to the House and Senate. Will they let the rising racial divisions in this country along with the hateful and anti-immigrant sentiments and continued scapegoating of immigrants remain or not?

We in the immigrant voting bloc have the power to stop the racist-in-chief. Let’s use the power to save ourselves, our brothers and our sisters who are voiceless and our adopted homeland on Nov. 6th.

As we say in the Caribbean, ‘let’s blue up the place people’ and let’s ‘vote like our lives depended on it this Nov. 6th,  because it really does!

When Immigrants Too Hold Anti-Black Sentiments