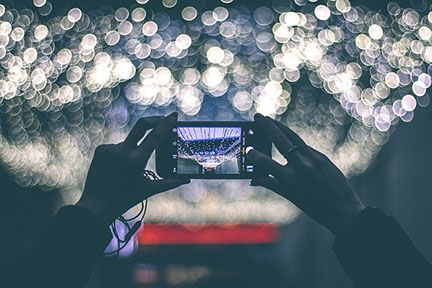 News Americas, NEW YORK, NY, Thurs. Dec. 31, 2020: Today there are well over 1 billion smartphone users across the globe. Manufacturers are continually looking to find new ways and technological innovations to enhance phones in order to expand the mobile phone market. One of these innovations was the flexible phone.   This was brought onto the market by Samsung’s Galaxy Round and LG’s G Flex.  However, do we really need the flexible phone?

Flexible display smartphones would definitely be considered a good innovation, and can make playing at an online casino via your mobile much more fun, but there are other innovations which far outweigh that of the flexible phone.  There are some amazing innovations that are in process or have been developed and are more purposeful than that of say, the curved phone.  Below is a list of innovations which are definitely going to add to the desirability of a smartphone.

Everyone knows that smartphone batteries die quickly and usually give out at the exact wrong time.  This has been something that researchers have been working on for some time.  Looking for ways to extend the battery’s cycle time and also the lifespan of the battery.  We spend a lot of money purchasing smartphones so improved power management is great news for users.

The research is ongoing and includes research into larger batteries, batteries using silicone, batteries using Leyden’s electrolyte material and even batteries containing tin.  The hope is that you will be able to fully charge your phone in just 5 minutes and continue using it for the entire day.

Wireless charging is already possible and some phones, like Nokia Lumia 920 and LG Nexus 4 are already available and set up for this.  The University of Washington have also developed a new way of charging instead of using the usual electromagnetic induction concept.   The new way is called ambient backscatter. “Using this technique, we can repurpose the wireless signals already present around us as both a power source and a communication medium.”

What is envisaged is a smartphone with a lifelong battery. It will be charged using the surrounding wireless signals from, say, nearby television towers and any other devices in the vicinity.

Dropping your phone and seeing it damaged is painful.   You will be happy to learn that Nokia is studying the use of a material, graphene, said to be way stronger than stainless steel and it could really impact the way in which our computing environment works.

Perhaps, graphene, is the future for smartphones.  Nokia may well be on the way to making an unbreakable phone which will, ultimately, save us all money.

The first thing to break when you drop your phone is usually the screen.   The future is looking positive though with new phone screens being made using stronger materials such as sapphire.

Apple did use sapphire for their Touch ID fingerprint scanner/home button on the iPhone 5.  Perhaps we’ll see sapphire used for screens?  Sapphire is a man-made material, is very resistant to scratching and can be made very thin and lightweight.

At the same time, Corning is looking at “Gorilla Glass 2” which they say gets even better results than sapphire.   Either way, it will benefit the consumer.

The developers of PaperTab have created a product that appears as thin as a piece of paper and actually bends like one too.   It has a touchscreen display and is run by an Intel processor.   Moving content is incredibly easy, via touch from one PaperTab to another.   The PaperTab is very thin but still has a 10.7- inch screen.   Work is still being done on this product in order to make is commercially available.   Maybe at some point in the not- too- distant future we will be able to actually fold away our tablets and phones as we would with a piece of paper.

You will be able to do 3D scanning with your smartphone. These Depth-sensing cameras will be good for playing enhanced reality games, allow for hand-held 3D scanning and will be better equipped to take higher quality photos.

Structure Sensor is the first mobile depth-sensing technology and is the brainchild of Occipital.  This company has created apps that are able to scan objects and even whole rooms in 3D.

Using a camera and sensors on your smartphone, augmented reality adds layers of digital data, like text, photos, sounds and video, on top of all that is around you.  For example, if you were standing outside a museum that you did not recognize and aimed your smartphone directly towards it, your phone will show you details of the exhibit that your phone is in line with.

The possibilities are immense.  Pointing your phone towards a restaurant to ascertain its star rating or a theatre poster to find out about booking tickets for the show.

The size of the screen is not the only concern people have.  They are also interested in securing multi-screen capabilities.  The notion is to link and then share the screen of your phone with your ipad or television without their being any limitations owing to the different platforms being used or OS and also regardless of the make.

Miracast technology is already doing this.  It is possible to watch videos without any difficulties between different devices, not using any wires or joining any network.  Also there is MultiScreen SDK which was released by Samsung and supports Android and IOS apps to link with SmartTVs.

Your phone can become a remote and help you find the remote that is always disappearing.  Thanks to Samsung Galaxy S4 and HTC One, your smartphone may now have “integrated IR blasters and “remote control applications”.  Basically, this means that your smartphone can become a remote control and is able to work your tv, even if your tv is not a smart tv.

Simultaneous recording technology will encourage and inspire new apps to be developed that will be good for creative recording.

There are so many new and exciting possibilities occurring in the world of mobile innovations.  Keep your ear to the ground and make sure you read between the lines.

Estate Planning – Getting Your Assets Distributed According To The Estate Law

Juanes to sing at the Grammy Awards, in Spanish