Home Business The Business Of Tourism: An End To The Tourist Dollar? 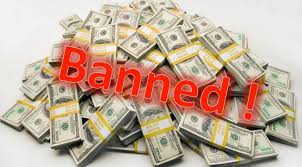 News Americas, LONDON, England, Fri. Feb. 26, 2016: If you read the Financial Times, the Wall Street Journal, the Washington Post or some of the world’s heavyweight newspapers you may have seen in the past months, articles discussing the abolition of currency.

This startling idea, which may sound like a joke, is far from that and could, in a Caribbean context and particularly in a tourism environment, have devastating consequences for the myriad of small enterprises and service providers who work in or alongside the sector.

A cashless society is an idea that has increasing support among senior figures in international financial institutions, central bankers, security agencies, and many of the governments in the world’s wealthiest nations.

They suggest that the process should begin by first phasing out paper currency, starting with large-denomination notes such as the €500 banknote and the US$100 bill.

The thinking behind this is that major economies should eventually replace actual currency with electronic money in the form of card payments, electronic wallets on mobile phones, and online transactions.

Those who believe that the future is cashless do so for a number of reasons.

Firstly, they believe that it will address criminality. According to the Financial Action Task Force, the Paris-based group which is deeply engaged in anti-money laundering issues in the Caribbean, criminals like high value notes because they are easier to transport across borders without detection.

Secondly, supporters of the idea believe that it will increase the ability of governments to halt tax evasion and will optimize their tax take and ability to provide social services; the idea being that electronic transfers will enable end-to-end traceability and information on where individual or business income originates, goes to and how it is spent or utilized. Thirdly, it is said that it would enable states to track and even destroy money being moved or used for the purposes of terrorism or by organized crime. And fourthly, it is suggested that a cashless society would address a number of technical financial management issues such as the introduction of negative interest rates for deposits in countries like Switzerland and Sweden, and the consequent flight into cash.

There are of course many arguments against the idea, the most important of which is that such an approach would profoundly challenge the liberty of the individual by enabling a state to know exactly where and how, he or she is obtaining their income and disposing of it. But there are also other more practical arguments about how individuals would react, let alone the political and psychological implications of a government or Central Bank telling voters they no longer have physical control of their own money.

Although these are at present just ideas, the fact that they have the backing of figures like the Deputy Governor of the Bank of England suggest that it is an issue that over the next decade we are likely to hear much more about.

When it comes to a region like the Caribbean, and tourism in particular, the issue could potentially become acute.

Although any such measures are unlikely to affect directly hotels or the formal tourism sector which tend to rely on electronic transactions, it could if it became the norm in feeder markets rapidly touch those who drive taxis, waiting staff, attraction and water sports providers.

If the citizens of the Caribbean’s main feeder markets were to be weaned off physical cash transactions, it is clear that countries such as those in the region, where many are unbanked and depend on cash through tips, fares, purchases of food or other items, would begin to suffer. Moreover, any diminution in the use of cash in the less formal tourism sector would most likely be anti-developmental as it would reduce the sums of money informally entering the economy from visitors.

There are already moves by the big international banks to cease all correspondent banking operations with Caribbean financial institutions, which are anyway are under commercial pressure in their domestic and international markets to increasingly digitize their operations.

Bringing the use of currency to an end is so far no more than an idea. But the fact that governments, government-related agencies and financial institutions are now putting considerable thought into how a cashless society might operate suggests that the implications requires consideration as do the possible practical effects.