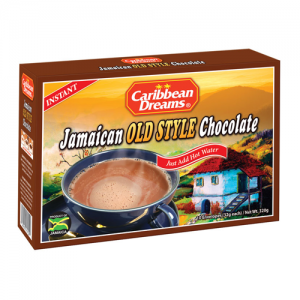 News Americas, LONDON, England, Fri. April 24, 2015: One of the more interesting aspects of a recent CARIFORUM-EU Business Forum, organized by the Caribbean Export Development Agency (CEDA) in Montego Bay, was a brief discussion on the ways in which some of the region’s new high quality value-added products might be more closely associated with promotions undertaken by the region’s tourism sector and others through mutual branding and marketing.

The idea is relatively simple.

If tourism has been able to leverage its competitive advantage and bring millions of visitors to the Caribbean, the region’s higher value manufacturing and services industries should seek to associate their brands and product in various ways both in the region and externally.

It was suggested that where it was enhancing to both parties, tourism and the manufacturers or marketers of quality products should work together to mutually reinforce each other’s message. Exporters and the industry should, it was suggested, seek to associate quality products with the national and regional brand.

In addition it was proposed that exporters should consider adopting tourism’s approach to using social media, familiarization trips, and participation in relevant trade fairs. Quality exporters and tourism might also consider how product might jointly be sold up to maximize revenue; for instance with Caribbean rum, chocolate or other consumables being sold for delivery at a later date as a reminder of the region, or as a Christmas gift.

It was pointed out that the region has multiple opportunities to create cross-cutting linkages with attractive products. Not enough work had been undertaken on establishing linkages between the experience of the millions who visit the region each year, what they take home with them emotionally and literally, and how this might be reinforced in ways that encourage visitors to source and consume the region’s cuisine or luxury products on a continuing basis.

The idea could be applied to a growing range of quality export oriented product such as designer small batch chocolate, food products like rum cake, higher value aged rums and liqueurs, entertainment and music, and niche sectors like high fashion garments.

The same subject matter reappeared in a different way in a session on branding where an international specialist spoke about changing the labeling of Caribbean products so that they became aspirational.

It was noted that by rebranding and with well-considered marketing it was quite possible to enhance the image of quality Caribbean products to appeal to the higher spending categories in North America and Europe; exactly the same groups that the higher end of Caribbean tourism is trying to reach.

What emerged was that not only could new branding change the value proposition of the product but could also alter the image of the country of origin in ways that suggested, for instance, the qualities that visitors now want from a vacation – experience, the natural, a sustainable environment, authenticity – and in the process positively enhance the image of a destination.

One practical example related to artisan chocolate produced in small unique batches in Suriname. The wrapper conveyed in words and art forms the nature of the product, while on the inside there was a reproduction of an old map showing the location of the estates on which the cocoa for the chocolate was being grown. The effect was to not only to convey the uniqueness and value of the product, but had the effect of rebranding of Suriname as a desirable visitor destination to those paying the premium price for the chocolate in Europe.

What was striking in all of this was how little attention had been paid to discovering how this might be organized through regional bodies such as the Caribbean Hotels and Tourism Association, the Caribbean Tourism Organization or the West Indies Rum and Spirits Producers Association and what they have done or may do with their members either in the region or promotionally in North America, Europe or elsewhere.

As is now well recognized, the Caribbean tourism offering has to be about more than sun and sea. The idea of cross-marketing Caribbean premium products on a broad well-considered basis is an idea that would seem to be worth exploring, not least because there is likely to be a good case for all concerned to jointly seek support for such programs from the international development agencies.

David Jessop is a consultant to the Caribbean Council and can be contacted at[email protected]. Previous columns can be found at www. caribbean-council.org

Does Career Services also participate in the admissions process at IESE? – PaGalGuY.com