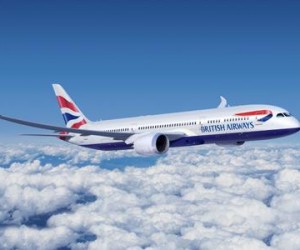 News Americas, LONDON, England, Thurs. Dec. 18, 2014: There is good news and bad about the seemingly ever-escalating cost of air travel to and from the Caribbean.

Those with a reason to be pleased will be families with children travelling between the UK and the region. This is because in his autumn statement on December 3, George Osborne, Britain’s Chancellor of the Exchequer (Finance Minister), announced that from May 1, 2015 he will be abolishing Air Passenger Duty (APD) for all Children under twelve, and from then from March 1, 2016 doing the same for all children up to the age of sixteen.

What this effectively means is that for any family travelling to the Caribbean out of the United Kingdom in 2015 the cost will be between £71 (US$111)and £ 142 (US$221) per child less, depending on the class of travel, resulting in a significant saving for a typical family of four. The new measure, which will come into effect alongside the reintroduced APD two band short haul/long haul system that comes into force next year, also involves the airlines having to rebate back any sums already paid by traveler in respect of a child.

The cost to the UK Treasury will be a loss of revenue of £40m (US$62m) next year rising to £95m (US$148m) over five years. Despite this, other UK forward projections from its Office of Budget Responsibility make clear that APD is set to continue bringing in huge revenues, forecast to rise from £3 billion (US$5 billion) this financial year to £3.8 billion (US$6 billion) by 2019-20 based on annual  increases equal to the level of UK inflation.

The decision on children was welcomed by the Caribbean Tourism Organization’s Chairman, Richard Sealy, who is Barbados’ Minister of Tourism and International Transport. He noted that the adjustments will come just before the 2015 summer season and together with the linked re-banding exercise, should impact positively on Caribbean arrivals from the UK.

Britain also announced at the same time that it would in future let Scotland set its own APD rate and would consult to amend pricing regulations so that airlines will in future be required to separate out  on tickets the cost of APD from the other fees and charges they levy or pass on.

The bad news is that hard pressed travelers to the Caribbean should not expect any rapid decline in the fuel surcharges that airlines first introduced in the early 2000s, which to date appear to have become a one way bet in their favor. This is despite the fact that the benchmark price for crude oil has declined from a high of US$107 per barrel earlier this year to around US$66 per barrel.

Although the Director General of the International Air Transport Association (IATA) said at the end of October that airline fuel surcharges should begin falling as the drop in the price of oil works its way through the aviation fuel system, this is far from certain.

This is because although prices for aviation fuel lag behind the price of oil by only about a month, airlines hedge their fuel costs by buying many months forwards, making rapid change less likely.

But more significantly, since fuel costs are the biggest variable element in all airlines’ operating costs, what is described as a ‘fuel surcharge’ now involves many other considerations, has become a critical element in every carrier’s profitability, and is a part of their marketing strategy.

This has resulted in big commercial variations in relation to how the levy is charged by different airlines, with the surcharge varying by class of travel, currency fluctuations, and levels of competition on specific routes. It also involves complex calculations relating to the charging structure across all of the routes any airline will fly, the pricing differentials in relation to refining charges where fuel is taken onboard, and the average mix of the different fares on each flight. As a consequence, it is a topic most airlines seek not to discuss in any detail.

Put more simply, the decline in oil prices is generally good news for the airline industry and its profitability; but for travelers the only short term hope is if low cost airlines see competitive advantage in passing some of their savings on across a season causing the legacy carriers to feel they  have no option but to respond for commercial reasons.

Trump’s immigration policies were supposed to make the border safer. Experts say the opposite...