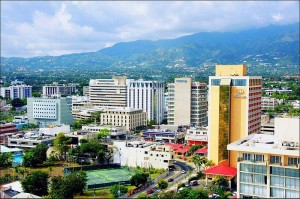 News Americas, LONDON, England, Fri. July 28, 2017: Most Caribbean cities have seen better days. Many harbor a mix of faded and ill-maintained colonial architecture, a plethora of modern concrete blocks, tired government buildings, and a hinterland of low-cost and informal housing.

However, there are signs that some governments, the private sector, and those in academia are coming to recognize that with the right stimulus, mix of external factors, and thoughtful urban planning, it is possible to create new opportunities and imagine a very different Caribbean, in which cities stimulate development and new thinking.

To this end, multiple new projects are now underway in Kingston’s mid-town and down-town locations. They include the re-development of Kingston’s waterfront with government, private sector and Chinese support; the relocation of the headquarters of several leading commercial enterprises; and the creation of a range of new tourist facilities.

In parallel, government is in the process of relocating ministries and government departments to the midtown and waterfront areas.

From the perspective of tourism, the idea is to attract regional travelers, the Diaspora, and millennials from overseas, who want to participate in the city’s vibrant music and party scene, or to experience Kingston’s many culinary, sporting and cultural offerings.

Earlier this year, Edmund Bartlett, Jamaica’s Minister of Tourism, told me that to achieve this, the country will “aggressively position” Kingston as a major urban tourism destination, and is developing its surrounding areas to offer mountain, cultural and entertainment experiences.

This, he said, will involve the construction of new hotels; the development of downtown cruise ship facilities; the active encouragement of more cruise ship calls; and ensuring that Devon House take on the role of the country’s leading centre for gastronomy.

But arguably more significantly in the context of development, other programs will place their emphasis on broadening stakeholder ownership, and providing greater opportunities for those living in Kingston and its environs to earn more from the sector, for example, by increasing the number of Airbnb properties available and supporting tourism-related cultural enclaves in Trenchtown and other parts of the capital.

Put another way, the city’s rebirth is about more than commercial opportunity.

To succeed in Kingston or any other capital or large city, tourism must benefit a wide group of residents, including those living in disadvantaged communities.

In a fascinating and important adjunct to all of this, the University of the West Indies (UWI) is to hold an international conference entitled ‘Imagine Kingston’ at its Mona campus from November 9-12 this year, in collaboration with the Institute of Jamaica.

The event, which focuses on the regeneration of the city, aims to encourage interested parties to look past the derelict and historic, to a future Kingston, in sessions that seek to reimagine the city.

Its organizers hope that the conference will explore how change might, for example, cultivate pride and civic feeling about the city’s future, through its architecture, parks, gardens, food, music, governance and sense of community.

They believe that apart from being ‘a global cultural icon’ based on music and creativity, Kingston ‘is waiting to be the catalyst for a fundamental expansion of tourism in Jamaica’. ‘Kingston’, they write, ‘is beckoning us to imagine tourism differently to reflect the creative and cultural ethos it birthed… Imagine Kingston as the cultural capital of the Caribbean, a centre of innovation, creativity, design, arts, culture and attendant services’.

Space does not permit more, but this inspirational approach is exactly what is required across a region that has grown tired of hearing about itself and its future in tourism and much else in the same old ways.

Repositioning Kingston for tourism requires a belief that the city, despite its grittiness and sometimes challenging reputation, has a central role to play in Jamaica’s future economic development.

What is being planned by government and UWI offers not only opportunity for Kingstonians to reimagine their city and their place in the world, but the possibility that creative new ideas may emerge that spur a Caribbean renaissance.