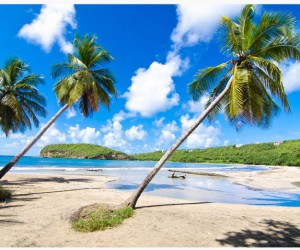 News Americas, LONDON, England, Weds. Jan. 8, 2015: Long term Caribbean security and defence policy and its relationship to foreign policy are issues rarely written about or commented on in the Caribbean media. Like much else in the region that is over the horizon, discussion is left to a small number of expert academics or professionals.

The consequence is that there has been little public discussion about the ways in which some nations beyond the region may be coming to view the strategic importance of the Caribbean, its possible implications for national sovereignty, or how this might relate to existing functional relationships such as the Caribbean-US Security Cooperation Dialogue.
The Cold War ended long ago, and beyond border disputes, military exercises at a sub-regional level, the sharing of intelligence and experience, and occasional training with external partners, there has been little need for those who direct policy to consider bigger issues.

Growing global rivalry suggests, however, that a purely functional approach may not only unsustainable but that a time will come when individual nations or the region will have to consider the criteria to be used to determine how it will position itself philosophically.

This may not be as in the past. While values remain broadly the same, economic relationships have changed and new cross cutting hemispheric links through ALBA, PetroCaribe and other mechanisms have emerged.
There are also others interests in play.

It was no coincidence that before China’s President, Xi Jinping, met with President Obama in June 2013 in California to discuss their differing philosophical and strategic views, President Xi visited Latin America and the Caribbean. In so doing he sent a strong signal that China now has a positive and rapidly deepening economic and political relationship with nations in the Americas that Washington has previously regarded as being within its ability to influence. Official publications indicate that in 2015 in the case of Latin America and the Caribbean, China will be thinking more strategically and innovating new policy tools. Separately it is clear that as it completes the construction of new surface and undersea naval vessels it will in time begin to project its presence internationally.

In 2014, Russia, by annexing Crimea, established a basis for a continuing confrontation with the West in a manner that has not only underpinned President Putin’s nationalist, religious and military power base at home, but also demonstrated Russia’s strategic belief in spheres of influence, which now shows every sign of extending to the Caribbean Basin and the US’s southern flank.

In the latest indication of this, the Russian Deputy Defence Minister, Anatoliy Antonov, said in Moscow on Christmas Eve, in the context of Russia’s global strategy, that it would strengthen ties with Venezuela, Cuba and Nicaragua and will establish there “logistic and technical support centres.”

“We are interested,” he said, “in our ships entering the ports of Latin American states and in using their aerodromes.” In doing so, he said that Russia is not seeking military bases but is developing what might be described as the same ambiguous approach now being taken by other nations including Canada, which has a support hub in Jamaica, whereby the region’s location can facilitate both humanitarian and other operations in the Americas.

Brazil too is seeking a role. It has embarked on a strategy that seeks a long term stabilising position in the South Atlantic involving strengthening military security and other ties with the African nations to its East and with its Latin partners. Although it is not clear how far this will extend into the Caribbean Basin, the Brazilian navy already visits and undertakes joint training exercises with Caribbean coastguard services as far north as Puerto Rico.

Much of this interest in the region is being led by the opening in the New Year of the enlarged Panama Canal, the rapid development of Caribbean ports and deep water anchorages, and a huge new Chinese investment in a new canal across Nicaragua. However, there are also many other issues in play. Space does not permit any detailed description but they include the renewed recognition that in naval terms the Caribbean enables control of the sea lanes and deep water channels that provide access from the Pacific to the Atlantic, and to US ports in the gulf and on both of its coasts; the prospect of improved US-Cuba economic relations; and the possibility that in time there will be significant finds of offshore gas and oil across the region.

As matters stand, the focus is predominantly on co-operation with traditional partners in Europe and North America on ensuring the continuing success of new approaches to the monitoring and interdiction of narcotics shipments; addressing threats to national security in relation to serious organised crime, terrorism, human trafficking and money laundering; and starting to consider the challenge to national infrastructure, information, and the financial sector from an ever-growing number of cyber attacks. Such considerations have widened so that they now encompass economic issues including food and energy security, public health and the security of visitors.

In the past, agreeing a foreign and security policy was largely a matter of achieving a sophisticated balance between the defence of sovereignty and the need for external support, and knowing who to turn to when, as it were, the chips were down.

In the late twentieth century and the Cold War the issues were clear. The Caribbean was for the most part in the western camp. While participating in non-aligned politics, undertaking a short dalliance with a Caribbean form of socialism, and recognising Cuba’s right to maintain its sovereignty, almost all governments in the region sought after the US invasion of Grenada in 1983, to a greater or lesser extent, to work closely on security, defence and allied issues with traditional partners in North America and Europe.

Today, shared values apart, the choices are not so clear cut; nations that were scarcely present in the region a decade ago have come to play a major regional economic role across the Caribbean basin.

What, however, is missing is any clear indication of how Caribbean nations individually, in groups, or less feasibly as a region, intend to defend and secure their sovereignty and values in a multipolar world that is largely non-ideological.
There is a case for Prime Ministers, Foreign Ministers and Ministers of National Security to consider soon the implications of a world in which the Caribbean’s location is again coming to be of global strategic significance.

Estate Planning – Getting Your Assets Distributed According To The Estate Law

To win over moderates, Democrats need a coherent immigration policy

Guyana Court Rules Cross-Dressing Is Not a Crime