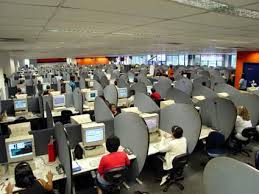 News Americas, LONDON, England, Tues. April 28, 2015: When in the early 1990s it became apparent that Europe’s preferential regimes for Caribbean bananas and sugar were coming to an end, an impassioned debate began about a transition to other forms of economic activity.

For the most part the language then was about alternative crops, import substitution, manufacturing, exports and financial services, with little said about tourism as its sustainability was widely regarded as uncertain. Since then the world has moved on.

Tourism has come to dominate most Caribbean economies; offshore financial services, after being encouraged, have come under threat from the same developed countries that had originally recommended them; and agriculture has only begun to genuinely reorient itself where it is low cost, has clear niche opportunities, or there is a recognized need to ensure food security.

Although this diminished role for traditional agriculture is still hard for some in the region to accept, it is clear that the greater part of the economic future for smaller economies is now in services – alongside taking much greater advantage of the Caribbean’s economically strategic location to tranship, assemble or manufacture. So much so that in the small island economies it is likely to be the services sector that becomes the significant economic driver in the future. Although finding reliable figures are hard to come by, the services sector now appears to account for more than sixty-six percent of Caricom’s annual GDP, and for more than seventy percent of jobs.

In some nations like Antigua, the services sector is estimated to account for more than ninety-five percent of total output, with Anguilla, Montserrat, the Bahamas, Barbados, St Kitts, St Vincent and Grenada also recording similarly high levels of reliance on income from the export of services. For the most part these figures are achieved through tourism, but importantly the non-tourism regional services sector is now expanding in many other, often unexpected directions. Typically Caribbean services offerings range from the provision of consulting, marketing and advertising, through professional services such as architecture, medicine, and the law and on to education, health care and the myriad of other activities that now make up every-day commercial life. However, many newer opportunities have been created in everything from back office services, to cyber security, higher education, animation, and a range of other activities that the Caribbean has the capacity to deliver offshore. Importantly the region’s services sector also encompasses high earning activities such as the entertainment, music, the film industry, high fashion garments and jewelry.

But other broader potential opportunities exist as well, for instance in the creation of information hubs that group together specialists able to provide detailed analysis and information. There are also real opportunities to build research centers, science parks and intellectual hubs around universities an internationally well-developed approach that this region has been slow to adopt; quality education at regional universities is saleable internationally; and creative industries can have greater viability if they also involve the capture of associated income, management and marketing in complexes of professionals. The value of services in their broadest sense is that they set aside geographic smallness.

Moreover, the region’s geographic proximity and proximate shared time zones with the world’s biggest market for services purchasing, the United States, and the Caribbean’s relatively competitive services costs, should mean that the region ought to be able to capture a much larger share of that market. Despite this, few officials or ministers have developed a deep understanding of what it takes to nurture, promote and sustain this diverse industry. Most companies involved in services (with the exception of tourism) are small in size and have limited resources.

They usually depend on high levels of educational or technical achievement, require efficient and cheap information technology, are hugely creative, adept at being able to leap cultural barriers, and are to a significant extent export oriented. By their nature they tend to have little contact with Government or its promotional agencies, depending instead on their own knowledge and contacts to develop markets. What this implies is that to develop and sustain a vibrant services sector, the Caribbean has to become more skills and knowledge based. It requires governments to focus relentlessly on education at tertiary and higher levels, and to build skills. In order to create greater awareness of this and the other requirements and challenges facing the non-tourism services sector, a number of nations have now established services coalitions that bring together a diverse national group of often small companies and interests.

Such organizations exist in Barbados, the Bahamas, Guyana, Trinidad, Belize, St Lucia, St Vincent, Dominica, Suriname, and Jamaica and have established region-wide ties through the Caribbean Network of Services coalitions. These embryonic groups, often consisting of individuals working alone or in twos or threes, require much greater support and media coverage if they are to be able to improve the environment in which they operate as well as a broader awareness of their value and future potential.

The Caribbean too often dwells on it shortcomings. However, one only has to look at the Caribbean Network of Services coalition’s web page to understand that Caribbean service industry success is possible. Who would have thought two decades ago that viable Caribbean businesses were possible in areas as diverse as vocal training services; haute couture; the export of the concept and delivery of carnival; the sale of environmentally friendly high value artisan chocolate through factory tours; health care research for the African Diaspora; or farm to table dinners at the time of a full moon?

David Jessop is the Director of the Caribbean Council and can be contacted at [email protected] Previous columns can be found at www.caribbean-council.org April 24th, 2015.