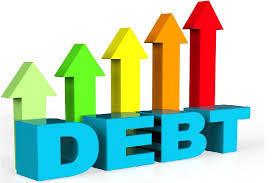 News Americas, NEW YORK, NY, Fri. June 10, 2016: It’s no secret that Caribbean nations are saddled with huge debt burdens that keep their nationals living in poverty. So which nations in the Caribbean are the most indebted? Here are the top 10 in U.S. dollars according to latest numbers on the global debt clock as of June 2016:

In first place is the Dominican Republic with a public debt of over USD38 billion or almost 36 percent of the total GDP. That means that each of its 10 plus million nationals has an estimated individual public debt of $2,285.44.

Jamaica’s public debt is currently put at over USD$34 billion, making it the second most indebted nation in the Caribbean. Its debt to GDP ratio is over 114 percent. That debt burden means that individually, its population of over 2.6 million has a debt of $8,089.77.

Cuba’s public debt is estimated at $28.7 billion or 33 percent of its Gross Domestic Product (GDP), making it the Caribbean region’s third most indebted nation. This means that its population of 11 plus million people is saddled individually with a debt burden of $2,556.50.

Trinidad and Tobago has a public debt burden of almost $11.2 billion ranking it fourth overall on the regional debt scale. It’s debt to GDP ratio is over 39 percent making each Trinidad & Tobago national individually indebted at some US$9,500.

The current national debt of The Bahamas, according to recent figures is put at $7.7 billion.

Barbados’ public debt is put at over 7 billion, making the public debt 104.1 percent of the country’s GDP or an estimated per person debt of over US21,000, in a population of 353,207 people.

Guyana’s public debt is 63 percent of its GDP putting its public debt at somewhere in the USD4.7 billion range.

Haiti recorded a Government Debt to GDP of 26.45 percent of the country’s Gross Domestic Product in 2015 putting its current debt at around USD4.4 billion.

Suriname’s total debt is put at US$3.3 billion.

Belize’s debt is put at $3 billion according to most recent Central Bank statistics, with a cumulative interest rate of around 3.7 percent. This amounts to around $84 million in interest alone.