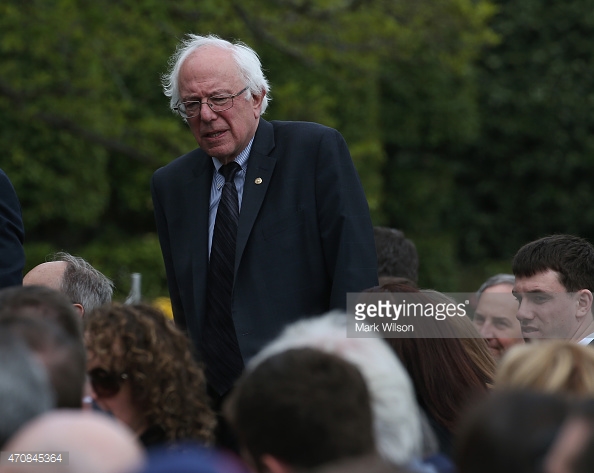 News Americas, NEW YORK, NY, Fri. Dec. 4, 2015: Let’s face it – Senator Bernie Sanders is saying all the right things and pushing extremely hard to get the “minority” vote. Unlike Republican bigots in the race for The White House, Sanders and his camp knows no candidate can win a general election in this country without African American and immigrant voters.

So it’s no surprise that Sanders choose Thanksgiving to release his immigration plan, hoping to score some points with those immigrants who have now adopted and assimilated into America – turkey and all.

Sanders, who like President Obama, undoubtedly recognizes Congress’s chronic inaction on immigration reform – something that is hardly likely to change if this current Congress remain in the control of the GOP’s vice grip – says he will rely on executive authority to help the undocumented!

The New York Times quickly applauded Sanders’ plan under an editorial board headline that screamed: “Bernie Sanders Gets Immigration Policy Right.” Sadly the Board got this wrong.

Unless of course they are saying that Sanders being a Caucasian male has a better chance as President to use his executive authority than President Obama could?

Sanders – in his roll out – promises to use executive authority well beyond President Obama! He says he would protect young immigrants and their parents from deportation, and give “broad administrative relief” to young immigrants, to the parents of citizens and legal permanent residents and to others who would have been allowed to stay under the 2013 Senate bill, S.744 or the “Border Security, Economic Opportunity, and Immigration Modernization Act.”

The bill addressed all aspects of the immigration process from border and enforcement issues to legal immigration reforms. It made changes to the family and employment-based visa categories for immigrants, provided critical due-process protections, increased the availability of nonimmigrant workers to supplement all sectors of the workforce, and provided legal status to 11 million undocumented immigrants within the United States.

The Senators intended this legislation to address these issues “…by finally committing the resources needed to secure the border, modernize and streamline our current legal immigration system, while creating a tough but fair legalization program for individuals who are currently here.”

Of course, the bill never made it pass the Senate as it was never even voted on in The House, thanks to John Boehner.

But then in 2012, President Obama tried his best to use his executive authority to help young undocumented immigrants with the Deferred Action for Childhood Arrivals (DACA) and in 2014, their parents with Deferred Action for Parents of Americans (DAPA).

By December 2014, 26 states filed a lawsuit in Texas to prevent the administration and President Obama from moving forward with DACA and DAPA.

In December 2014, 26 states filed a lawsuit in Texas to prevent the Federal government from moving forward with the policy initiatives. In February 2015, the Federal District Court for the Southern District of Texas blocked the Administration from moving forward with its policy. Then on November 9, 2015 ruling by the Fifth Circuit upholds the injunction put in place by the District Court.

Now the administration’s only recourse is to take it to the U.S. Supreme Court next year and hope they hear the case soon.

The Obama plan is largely the same plan Bernie Sanders claims he will push if he becomes President. What makes Sanders so sure that his use of executive authority won’t also end in a legal battle in the courts as undocumented immigrants once more are left out in the cold?

Paul Ryan holds the key to immigration reform. Any President will have to work with Congress to make it happen. Anyone who says otherwise is simply not telling the truth.

Can Schumer Help Biden Deliver For Immigrants Before It’s Too Late?

Paraguay’s New President Was Targeted by the DEA