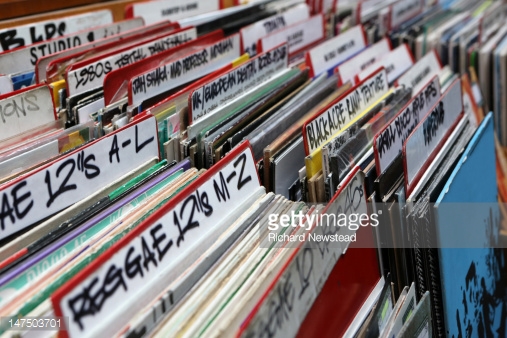 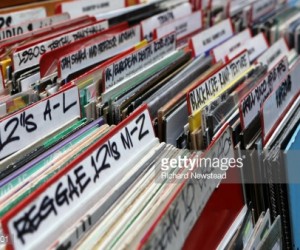 News Americas, LOS ANGELES, CA, Fri. April 8, 2016: Reggae, the  musical genre that originated following the development of ska and rocksteady in Jamaica in the late 1960s, has taken over the world since breaking down ethnic and cultural divides on the heels of Bob Marley and the Wailers. Today, it has become lucrative for many of the current artists of the genre. Here are the top richest living reggae artists alive with net worth’s in the double digits:

Stephen Marley, who also goes by the nickname, Ragamuffin, has a reported net worth of US$20 million. Stephen, who was born in Wilmington, Delaware, has compiled a rich resume that primarily includes various collaborations with his brothers and solo projects. As a solo artist,he has released to date four studio albums, starting with “Mind Control,” in March 2007. It won a Grammy Award for Best Reggae Album the same year, after which Marley brought home four more Grammys. Stephen Marley currently lives and works in Miami, Florida, where he has his own private recording studio. His follow-up, Revelation Pt. 2 – The Fruit of Life, has been delayed several times and is believed to be due sometime this year.

Kingston-born Damian ‘Jr. Gong’ Marley, 37, also a son of Bob Marley and brother to Stephen, also has a reported net worth of US$20 million. Damian Marley is Bob Marley’s youngest child and was only 2 years old when his father passed away. Marley began singing and performing at a young age. When he was 13, he helped form the Shepherds, a musical group who opened the 1992 Reggae Sunsplash festival. The group disbanded shortly after, and Marley began to pursue his solo career. He has since released multiple albums and had various songs reach music charts, including US R&B and rap charts. At the 2006 Grammy Awards, he won Best Reggae Album and Best Urban/Alternative Performance for Welcome to Jamrock, making him the only Jamaican artist to win two Grammy’s on the same night.

Grammy-winning Jamaican dancehall rapper and reggae artist Sean Paul may have been dropped by Atlantic Records, but he is still sitting pretty with a reported net worth of US $12 million.

Born Sean Paul Ryan Francis Henriques, Paul, 43, first rose to fame with the Dutty Cup Crew before embarking on a solo career. He has released six solo studio albums, and has been nominated for five Grammy Awards, winning one in 2004. Paul started to make waves with American audiences following first collaboration was with fellow dancehall hit maker Mr. Vegas on a production for rapper DMX titled “Here Comes the Boom.” Paul went on to score a Top Ten hit on the Billboard rap charts with “Hot Gal Today.” In the fall of 2000, Paul released his first album, Stage One, on VP Records. The album included many of Paul’s previous hit singles and compilation cuts, among a few brand-new tracks. His subsequent album releases Dutty Rock (2002) and The Trinity (2005) were extremely successful, both of them peaking the Top Ten album chart and featuring a handful of mainstream smashes. His 2009 release Imperial Blaze spawned hit singles like “So Fine” and “Hold My Hand,” the latter a duet with Keri Hilson. In 2010 Paul won his first Grammy Award for ‘Imperial Blaze’ but Atlantic Records dropped him in 2014 after a decade due reportedly to sluggish sales. On July 6, 2015, Paul released the music video for his song Take it Low on the album – Full Frequency as an independent artist.

Kingston-born Jamaican artist Shaggy, who shot to fame with “Oh Carolina” in 1993, has a reported net worth of US $10 million. The 47-year-old, whose real name is Orville Richard Burrell, has three albums that have been certified Platinum, and one certified Gold. His hits include “Bombastic” and “It Wasn’t Me’. Shaggy was born Orville Richard Burrell in Kingston, Surrey, Jamaica in October 1968. He is a former US Marine who moved to the U.S. with his family at age 18.  “Oh Carolina” off his debut album Pure Pressure, appeared in the movie ‘Silver.’ In 1995 he had a big hit with the song “Boombastic,” reaching #3 on the Billboard Hot 100 chart. The album of the same name won Shaggy a Grammy Award for Best Reggae Album in 1996. His 2000 album Hot Shot was certified six times Platinum in the United States. It featured the hit singles “It Wasn’t Me” and “Angel.” That album made it to #1 on the Billboard 200 chart. He went on to release a total of 12 studio albums including his latest, the 2013 all-reggae album Out of Many, One Music. In 2015, his single “Habibi (I Need Your Love)”, featuring Mohombi, Faydee & Costi, peaked at 66 on the Billboard Hot 100, as well as charted in several international territories.

Ziggy Marley, 47, the son of Bob Marley and brothers to Stephen and Damian, has a net worth that’s put at a whopping US$10 million. Ziggy and his siblings recorded with their father on the 1979 album Children Playing in the Streets. They later became known as the Melody Makers and played at their father’s funeral in 1981. The group’s label EMI wanted Ziggy to become a solo act and they decided to move to Virgin Records. The Melody Makers recorded 10 studio albums and their single “Tomorrow People” charted in seven countries. The group also won three Grammy Awards for Best Reggae Album. Ziggy has been active in politics and created the record label Ghetto Youths Crew. He released his solo album Dragonfly in 2003. His 2006 album Love Is My Religion won him another Grammy Award for Best Reggae Album. His 2009 album Family Time features Paul Simon, Willie Nelson, and Jack Johnson. It won the Grammy Award for best Musical Album for Children. His other popular songs include “True to Myself”, “Drive”, and “People Get Ready.” His latest album ‘Fly Rasta,’ was released in 2014. ‘Fly Rasta,’ won the Grammy for Best Reggae Album at the 57th Grammy Awards. Marley later announced his sixth solo album, Ziggy Marley, to be released this spring.

Legendary Jamaican reggae singer, musician and actor Jimmy Cliff also makes it on to the reggae rich list. His net worth is put at a reported US$10 million. Cliff, 67, has earned his net worth through his many hit singles such as “Wonderful World, Beautiful People,” “Wild World,” “Reggae Night” and more. He has also recorded several albums such as “Black Magic,” “Sacred Fire,” “Journey of Lifetime” and others. He has also starred in films such as “The Harder They Come,” in which he performed the soundtrack, “Club Paradise,” co-starring with Robin Williams and Peter O’toole in which he performed songs for the soundtrack and “Marked for Death” which he performed with the Jimmy Cliff band. At the age of fourteen, his song “Hurricane Hattie” became a hit. In 1964 Cliff signed to Island Records and in the late1960’s his career took a tremendous jump forward. Since then, he has worked with performers such as Kool and the Gang, The Rolling Stones, Sting and other artists. In 2003 he was awarded The Order of Merit by the Jamaican government for his contributions to Jamaican music and films. In 2010 Jimmy Cliff became another artist inducted into the Rock and Roll Hall of Fame. Along with supplying the vocals for his recordings, Cliff also plays the conga drums, piano, guitar and keyboards. Jimmy Cliff is recognized as one of the most outstanding Reggae performers of today and the only living performer to be awarded the Order of Merit, the Jamaican government’s highest honor

Ahead of the Bell: Verifone falls in premarket – Seattle Post Intelligencer