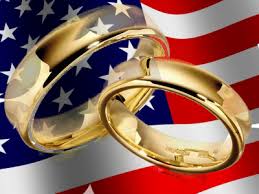 News Americas, NEW YORK, NY, Fri. April 24, 2015: As Justice Department lawyers on Friday, April 17th urged the federal appeals court in New Orleans to let President Obama’s November 2014 executive action on immigration immediately move forward despite a legal challenge by 26 red states, my aunt called to tell me about the marriage of a 50-year-old immigrant caregiver to her 99-year-old employer.

“WTH!” was my immediate response. “You are joking!” I said to her.

“No, it’s not a real, real marriage,” was her response. “The guy is doing it to help her get her papers.”

“Oh,” was my response, as the reality of the situation dawned on me.

According to my aunt, the Trinidadian immigrant had been taking care of the man even before his wife died as a nurse aid. After his wife died, he became so despondent, he tried to kill himself. Then realizing he needed care and she needed her green card, the two got married – a partnership indeed with each side getting something out of the relationship. He a caregiver and she her long desired green card.

They live together, laugh together, go out together and he proudly introduces her as his wife everywhere. So it’s no “sham” marriage as some would say, but marriage in the true meaning of the word: “the legally or formally recognized union of a man and a woman or, in some jurisdictions, two people of the same sex, as partners in a relationship.”

This is the reality many immigrants, desperate for relief from years of struggling under the dark tumultuous cloud of being an undocumented immigrant in the United States, are embracing.

Is this what GOP lawmakers really prefer over legal immigration reform?

So far, the Republicans who have thrown their hats into the ring as 2016 Presidential hopefuls, have done a Mitt Romney flip flopping on their stance on immigration to pander to the conservative voters they need to see them through the tough GOP Primary.

The reality is all are going to bash each other on this hot button issue and be pummeled further by their own base.

So much so that when they get to the general elections, they would have already alienated immigrant voters further and would have no chance of winning anything, much less the Presidency.

Marco Rubio’s attempt to distance himself from his leading role in the Senate’s passage of comprehensive immigration reform legislation in 2013 has already caused immigrant voters to turn against him.

And immigrants have less patience for the back and forth pandering of former Florida Governor Jeb Bush or Wisconsin Governor Scott Walker, Kentucky Senator Rand Paul, New Jersey Governor Chris Christie and Louisiana Governor Bobby Jindal who have all backed a path to citizenship for undocumented immigrants at one time or another but then pulled back their support.

Most of all, immigrant voters have nothing but contempt for Sen. Ted Cruz of Texas, even though he has said he will not rule out a path to legalization for some undocumented immigrants.

The reality is that it is the GOP Party and its lawmakers like Rubio and Cruz in congress who are causing undocumented immigrants to find a way out within the system, since they have done nothing to provide a real path to legalization.

Its left to many undocumented immigrants to find a way out of their plight within the laws. Marriage to a U.S. citizen is largely the only option available to most. So they are using it. Great going Republicans!

As my granny always reminded me: “The stricter the government, the wiser the population.” 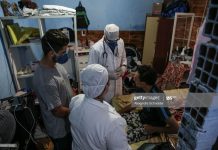 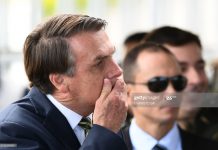