Home Commentary The Tyranny Of The Customer Survey 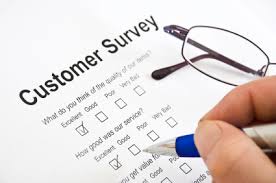 News Americas, LONDON, England, Mon. Dec. 7, 2015: Having just spent the last two weeks travelling in the US and the Caribbean I am now being plagued by every airline, hotel and booking engine that I used, to rate my experience.

Their objective is of course to use my response for analysis or marketing, for the most part to other consumers.

What is fascinating about this is the formulaic approach that on-line questionnaires now take, which appear increasingly to be designed by marketing advisors to ensure they do not ask the question you really want to address.

The first relates to an on-line questionnaire from British Airways about a daytime flight from New York’s JFK to London’s Heathrow. There was only one relevant question: would the departure time have been better if it had been adjusted by one or two hours. Since the departure time was 8am and invariably with tailwinds the eastbound flight arrives early, I said I would have preferred to depart an hour later. As for the other questions they were meaningless, as for the most part the experience was unremarkable and acceptable, but unforgivably did not ask what the airline could have done better.

The one issue I wanted to write about, the airline’s research company gave me no room to address. What I would like to have been asked about was the catering which, while acceptable, was inadequate and seemed not to recognize that something a little more substantial along with say a glass of wine should be offered before arriving into London in the early evening.

My second example relates to a major government-owned branded flagship hotel in a leading Eastern Caribbean destination, which had multiple unforgivable shortcomings that gives the regional product a bad name. Here, where I would like to have received a questionnaire or request for feedback, nothing was forthcoming. Then I could have at least enquired why three days running there was virtually no fresh fruit at breakfast despite abundant local supplies; why it was impossible most days to even get a banana; and why a man making excellent smoothies to order appeared for one day only.

Instead after my stay I received a gushing email from someone called a journey ambassador thanking me for my visit. All of which was in stark contrast to the hotel staff who, overworked and despite an apparent absence of management, were wonderfully warm and helpful; something I would like to have also recognized.

My third example is exactly the reverse. I had booked a hotel through Expedia in Miami as for one of the nights I wanted to stay, the downtown hotels were full because of a basketball game. That stay was outstanding and when the electronic questionnaire duly arrived I was for once happy to respond but was only allowed a limited number of words to say that the hotel – the downtown Four Seasons – was among the best I have ever stayed in. This was in part because of the staff, for whom nothing was too much trouble; including helping me resolve a minor issue relating to remarks I was due to give, and their help in getting me to the venue on time.

I mention all of this is because it is unclear how much notice any of those in the industry now take in what individual well-travelled customers are actually saying about their experience. While hotel chains and airlines may respond if someone posts a derogatory remark on Trip Advisor or similar peer review sites, the sense is that marketing and research companies, even at the more personal top end of the market, are using computerized forms to produce sanitized bulked-up reports for their clients that do not address the individual.

For the most part, I like many busy business travelers do not have the time or inclination, unless things are really bad, to seek out a manager or to engage in an email correspondence, so suspect that such questionnaires mean that the detail of much that goes wrong now remains unaddressed.

And, as if to prove the point, just as I am finishing writing this, a formulaic message arrives: ‘Your review of Four Seasons Hotel Miami has been approved and is now posted on Expedia. It looks great!’

What a shame I could not hear from a real person when I felt so positively about the property.