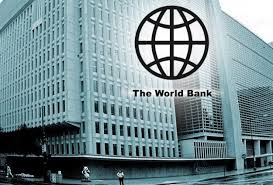 News Americas, LONDON, England, Tues. April 14, 12015: It is probably true to say that the average person has little idea what international financial institutions like the World Bank or International Monetary Fund (IMF) do, beyond knowing that they are in some way responsible for having governments impose tough austerity measures and conditions in return for their support.

Notwithstanding, a related issue with wide implications is emerging that warrants close attention in the Caribbean: this is the establishment of what many regard as a future rival to the World Bank in the form of the Chinese-led Asian Infrastructure Investment Bank (AIIB) with a likely different philosophy.

The issue appears set to become a major talking point when the World Bank and IMF spring meetings take place next week in Washington. Then the US and Europe’s desire to continue to retain control over the financial institutions established by the 1944 Bretton Woods Agreement may see new challenges from China and other nations that are disinclined to accept the status quo.

At the heart of the matter is a wider global struggle within almost all international institutions about rebalancing the post-Second World War consensus that has enabled a limited group of nations to exercise for nearly seventy years control and influence in key multilateral bodies.

The World Bank, which came into being in 1946, is to a significant extent made in the image of western thinking, despite it now being owned by 188 nations and having the ambitious overall global challenge of boosting shared prosperity and ending extreme poverty.

It is made up of two bodies: the International Bank for Reconstruction and Development (IBRD) which lends to governments of middle-income and creditworthy low-income countries and encourages policy and institutional reforms; and the International Development Association which provides interest-free loans and grants to governments of the poorest countries.

In the Caribbean for example, it provides support relating to HIV/AIDs, is involved in Haiti’s education for all project, and more generally in Jamaica and other nations in the region delivers programmes that are intended to change the investment climate and competitiveness in favour of private investment by reducing state intervention and bureaucracy.

While the World Bank’s market oriented approach to economic reform, its conditionalities, its bureaucracy and other issues have been the subject of much academic and NGO criticism, more fundamental concerns about governance have recently been raised by countries like China, Brazil, and India.

Failing to make any progress in this respect, they have responded by establishing their own institutions in the form of the China-led AIIB, which is intended, at least initially, to operate in the Asia-Pacific region, and the New Development Bank which was established last year under Russian leadership by the BRICS group of nations.

In response, in what appears to be significantly misjudged diplomatic initiative, the US lobbied its allies not to join the AIIB on the basis that it would enhance China’s growing global influence, and may not observe western norms in relation to the environment, or social and other concerns.

Ignoring this, and to Washington and reportedly the Chinese Government’s surprise, more than 50 nations including Britain, France and Germany and Japan recognized the way the world was changing and decided to join the bank which intends providing project loans from the end of this year.

Then, more recently still, in an apparent break with the Obama Administration that nominated him, the World Bank’s President, Dr Jim Yong Kim, announced in a speech on April 7 at Washington’s Center for Strategic and International Studies that “With the right environment, labour and procurement standards, the AIIB and the New Development Bank…have the potential to become great new forces in the economic development of poor countries and emerging markets”.

He described both development banks as potentially strong allies and that with the World Bank they could jointly become “great new forces to help the world’s poor.”

“I will do everything in my power to find innovative ways to work with these banks,” he said.

During the IMF and World Bank meetings, Dr Kim is expected to meet with China’s Finance Minister, Lou Jiwei, to discuss how in practice a closer collaborative relationship might be created with a particular focus on co-financing infrastructure projects that enhance regional integration.

Apart from the possibility of larger sums now being available for global development, the decision by the World Bank to seek dialogue, and some of the United States closest allies to ignore Washington and to join the AIIB, is yet another clear indication of how fundamentally the global balance of economic power is changing.

It suggests that if China can rebalance its economy and restore stable rates of growth, this will also result in the rebalancing of global political power.

Last year, China released a State Council policy paper that made clear its global development priorities. These, it stated, will be South-South in nature and will respect countries ‘right to independently choose their own path and model of development’. It also said that its longer term development goal was to endeavor to build moderately prosperous societies in ‘an all-round way.’

The effect of this and the growing challenge to the existing structure of multilateral institutions may, though a form of geo-political competition, gradually bring to an end the post-Cold War consensus on what constitutes economic orthodoxy and the present dominant approach taken by the US, Europe and Japan in existing international financial institutions.

As such the establishment of the new bank and the thinking that goes with it form a part of the growing global interest in reconstructing the post-Second World War global financial infrastructure in a way that offers different assumptions about development, and suggest an eventual break with the type of economic development conditionalities that have prevailed since the Bretton Woods agreement was signed in 1944.

For the Caribbean, these developments, scarcely conceivable a decade ago, raise new issues, not least in relation to future positioning.

They suggest that governments will have to consider how best to relate not just to the expanding and overlapping relationships implied by the emergence of the two new development banks, but as the balance of power changes within global institutions, how to re-balance traditional relationships in ways that ensure that the challenging smallness of much of the Anglophone Caribbean is fully recognized.

David Jessop is a consultant to the Caribbean Council and can be contacted at  [email protected] Previous columns can be found at www.caribbean-council.org