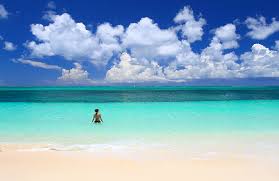 News Americas, NEW YORK, NY, Mon. Mar. 28, 2016: A whopping six out of ten of the world’s best beaches are in Latin America and the Caribbean.

That’s according to the 2016 world’s best beach report, out on Trip Advisor.

Three countries in this region grabbed the top three spots alone coming in one, two and three, consecutively. The British Caribbean nation of Turks & Caicos took the top spot globally followed by Brazil and Cuba. Here are the top 6 best beaches in the world that are all in the Caribbean and Latin America:

This “Provo” Providenciales beach  took the top award for world’s best beach anywhere. Readers rave about its “unbelievably clear, clean water” that comes in “hundreds of shades of blues and greens” lapping at white sugar sand beaches. There are 12 miles of soft ashen sand to placate sunbathers along with breathtaking surf.

Located on the island of Fernando de Noronha, the Baia do Sancho beach was ranked the number two best beach in the world. It’s located in a remote archipelago but is well worth the trip. Baía do Sancho has crystal clear water and its white sand is dotted with picturesque rocks. Tropical forests provide shade and from April to November, the reef has great diving and snorkeling options.

Taking the number three spot globally is this Cayo Largo  beach in Cuba. Playa Paraiso has been deemed as “picture perfect in every way” by readers. It is a gorgeous stretch of white sand that is set along the clear waters of the Caribbean Sea.  It’s so shallow in parts that you can walk out hundreds of feet without submerging  the upper half of your body.

Coming in at fifth in the global rank and fourth on this list is Cayo de Agua in Venezuela’s Los Roques National Park. This beach is filled with soft white sand and surrounded on two sides by the Caribbean Sea in sparkling shades of blue. Cayo de Agua is popular in the archipelago thanks also to the birds that can be found in the surrounding area.

Ranking sixth overall of the top ten best beaches of 2016 list is Flamenco Beach in Culebra, Puerto Rico. The water here is clear making it a reflection of the sky’s blue. It is known for its beautiful shallow waters, soft white sand, excellent swimming, sport-fishing, and diving sites. Stretching for a mile around a sheltered, horseshoe-shaped bay, Playa Flamenco is considered both Culebra’s and Puerto Rico’s best beach.

Rounding out the top ten list at number nine globally and number six regionally is the West Bay Beach in West Bay on Roatan in Honduras.  It’s arguably the best stretch of beach in the western portion of the island and also offers excellent snorkeling right off the beach.

Accused War Criminal May Not Come to New York, After All – Foreign Policy...